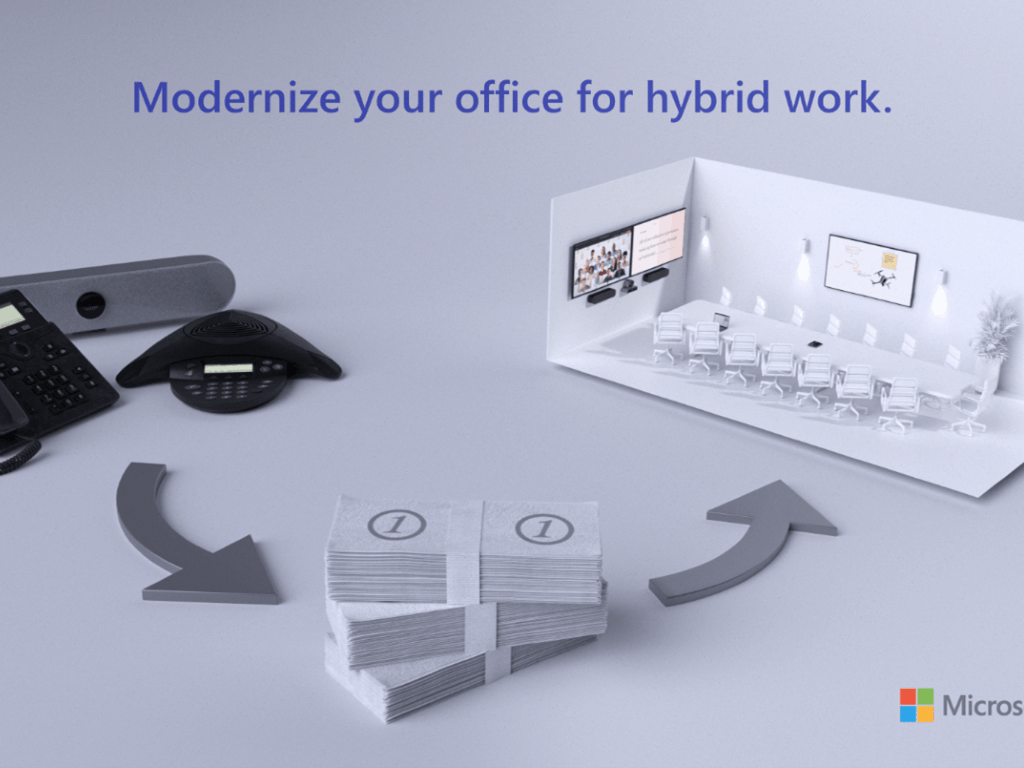 Microsoft Teams is already quite popular as it has 270 million monthly active users, but Microsoft is now looking to expand the reach of its collaboration software even more. The company recently announced the launch of a new "Device Trade-in for Microsoft Teams" program, which entices businesses to switch to Teams and also save money by selling back existing video conferencing equipment.

Microsoft partnered with Network Value on this program, which will responsible for buying back the equipment at competitive prices. This basically means that enterprises can save time and money in the process of switching to Teams, as they won't need to reach out to recyclers independently to get rid of existing devices.

Network Value does all the hard work and provides a quote based on existing inventory. It's a simple three-step process, where an IT admin can just list the devices, get a quote, and then ship the devices off and get paid. Microsoft mentioned competitive pricing, convenience, and global coverage as three core areas of the program. Microsoft has a website where IT admins can check out all the Teams device goodies like cameras, headsets, phones, monitors, and more.

It's really interesting to see that Microsoft is launching a program like this to get more companies to switch to Teams. Though Microsoft said that 90% of Fortune 500 companies used Teams Phones this financial quarter, this is a good push to get more average enterprises on board — which might not have a lot of resources and money. There's a chance these enterprises also might be on older technologies or competitive devices like Zoom rooms, too, so it could be a win-win for the Redmond giant.

Anyway, new research from Creative Strategies, which looked at 1,163 USA respondents that are currently employed/working showed that Zoom is quite popular for video chats. Apparently, in this survey, Zoom is the primary video solution for most businesses, but Teams is the primary chat solution. The Device Trade-in for Microsoft Teams program would be a good way to get more people on board with Teams Rooms and Teams Phones.