Throughout the summer, Microsoft has been releasing updates to the Bing Maps Web Control, which is essentially the Bing Maps seen on the web and in apps. In a post on the Bing Blog, the company gave an overview of the new features that have been added.

Known as Bing Maps V8, the eight version of the web control, it's a competitor to Google Maps, and in comparison to the search market share, Bing also comes second in the maps world. Here's a rundown of the updates that have been made available:

Customize the look and feel of the road maps inside of your application. Change the colors of the roads and land, hide certain types of labels. Create a style that aligns with your applications UI, company branding or change it just for fun. Not only are these available in the Bing Maps V8 Web Control, but you can also use custom maps styles with the Bing Maps REST Imagery service (static map images) and with the Windows UWP map control.

Easily import and export common spatial file formats such as KML, KMZ, GeoRSS, GML (via GeoRSS) and GPX. Load it as a layer on the map or directly access the data with just a few lines of code. 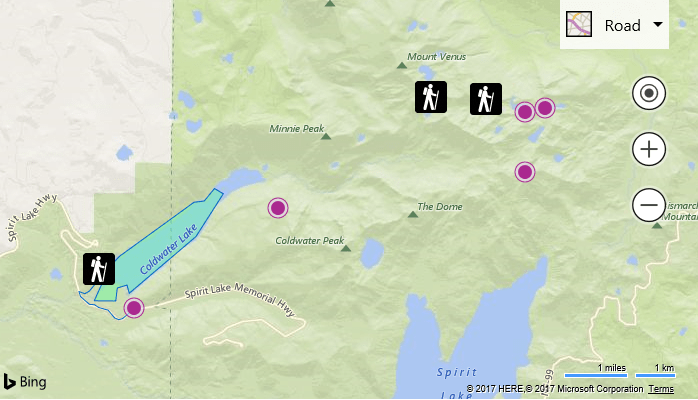 Overlay georeferenced images on top of the map so that they move and scale as you pan and zoom the map. This is great for building floor plans, overlaying old maps, or imagery from a drone.

In addition to these updates, Microsoft released an open source project that contained more than 160 code samples for using Bing Maps Web Control. Now, that project hosts over 200 samples; these samples include an SVG Pushpin Maker, a Solar Terminator Module and more.

To see the updates in detail and try out some examples, take a look at the post on the Bing Blog.