Windows’s 10 Anniversary Update brought over 1700 new emojis and over 52,000 options to represent the complete global reach of Microsoft customers. The company’s Project Emoji team took it upon themselves to provide a major overhaul for adults, children, and families of all colors and diverse combinations. In a recent blog post, the team finally got to reveal some of the new art as well as the thought process behind their goals.

As an effort to make the icons more personalized, teams of illustrators, graphic designers, program managers, font technicians, production designers, and scripting gurus worked together to break through the former designs. These little icons are now more than just images. They’ve received tweaks and new scripts to make each one unique.

“The release of Windows 10 was the first step in providing universal options for our customers to have a great experience,” said Ramiro Torres, Microsoft creative director. “We see trends happening with consumers, and particularly the metaphors have evolved significantly in each emoji. We want to make sure when we communicate, and design a symbol or emoji, that it actually means what it’s meant to mean.”

The Unicode Consortium introduced skin tone modifiers to the Unicode Standard last year. This meant that people could fit each smiley face to the person behind the keyboard, and it was a major breakthrough for designing more custom emojis. Based off of the Fitzpatrick scale, five numerical color tones were added to the Unicode Standard. But Microsoft wanted to take that a leap further, making it available for any person to choose the tone that best matches what they want to represent.

“With the Fitzpatrick modifier,” said Torres, “we set up the system to be reflective of diversity, so users can actually pick their skin color. That’s the main part. But when it comes to families, they’re so diverse. What we’ve allowed users to do is create emoji families that are unique to them.”

Nobody can be left behind without these unique and personal little icons. No matter what type of person you are or family that you have, Project Emoji has you covered. Make sure not to forget to check out the exclusive Ninja Cat icons available only in the Windows 10 Anniversary Update! 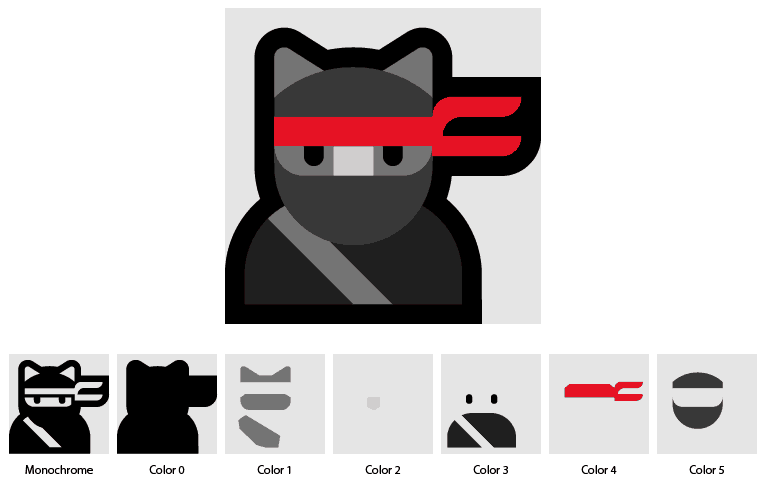 Learn more about how to customize your chatting experience with the latest blog. Let us know in the comments what you think about Windows 10’s emojis.