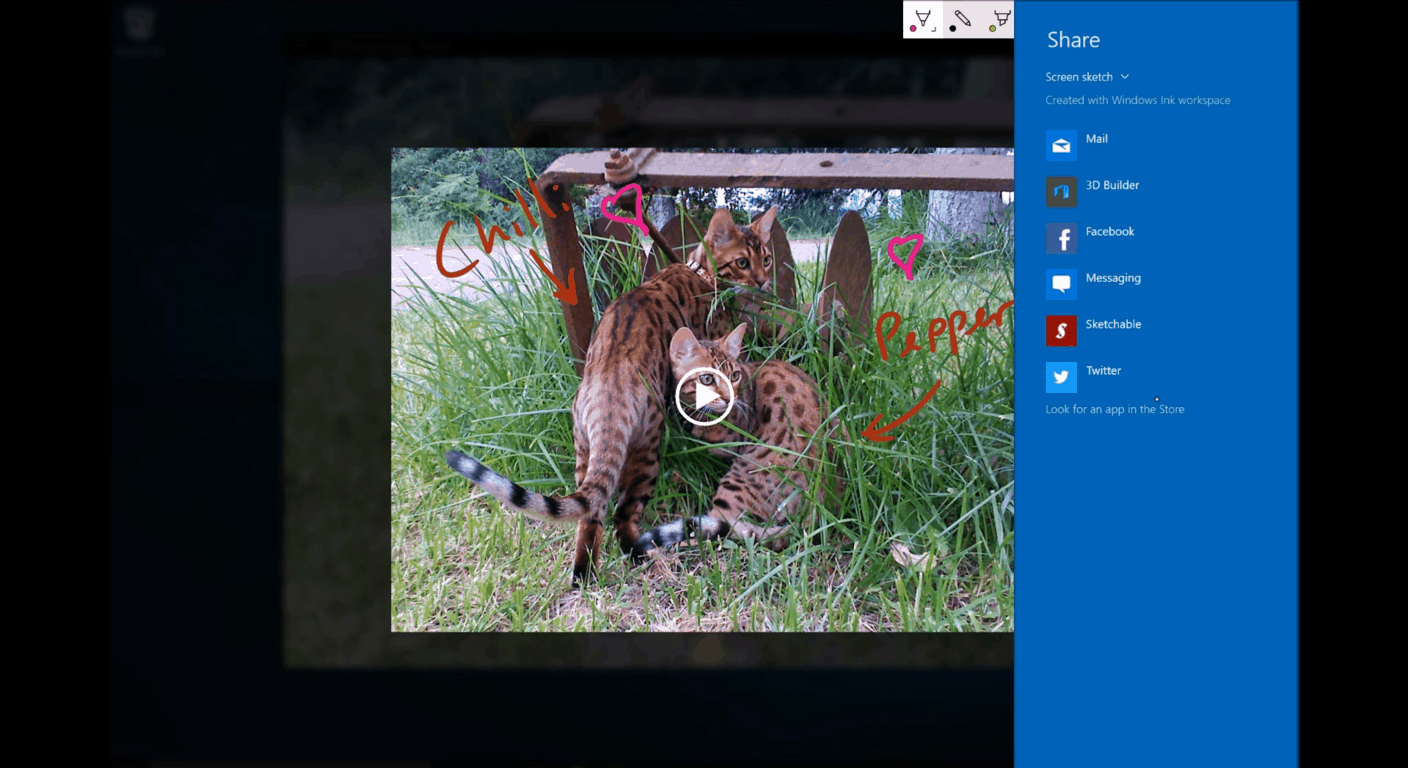 The average PC user still uses pen and paper on a regular basis. According to statistics provided by Microsoft in a recent blog post about coding with Windows Ink, 72% of users surveyed depended on the traditional writing media for at least over an hour per day. Meanwhile, a significant 32% still used pen and paper for over three hours per day. The traditional means of human writing are found to be a more productive and personal communication.

Digital pens and tablet PCs have broken the barrier of the industry with powerful opportunities for human interaction to come to life through virtual media. Spearheading Microsoft's renewed commitment to inking, the upcoming Windows 10 Anniversary Update will dive deeper into the abilities of digital inking with the introduction of Windows Ink.

Windows Ink is a family of user experiences, platform advances, and hardware capabilities for the next generation of computers. The new Windows Ink Workspace aspires to be a more readily available application and will be accessible through the taskbar at all times. The Workspace will make all of the pen's tools readily available on command with a nearly effortless setup. Users will be able to simply click the pen's button to get started.

Pen and Touch At the Tip of Your Fingers

With Sticky Notes, the pen will make jotting notes down or making a quick sketch a breeze. The notes are integrated with Cortana across all devices allowing for a seamless experience, and the application will automatically recognize handwriting and convert it to a powerful digital tool. For example, writing a flight number will prompt Bing to keep you up to date with the flight's status, a grocery list will be turned into a smart list that is easier to manage, and jotting down an address will bring up a map to the location.

Screen Sketch will allow an overlay drawing over the current screen's content despite what's on it. Users can even draw and sketch over a video as it plays in the background. Want to share that funny sketch or a quick note to your friends on Facebook and Twitter? The Screen Sketch application allows the user to double click the pen button to send it quickly and easily without interrupting your current progress.

It's with Sketchpad, however, that the Windows Ink Workspace interface truly shines. Introducing a simultaneous pen and touch, users will now have the option by default to utilize their non-dominant hand to maneuver the interface at the same time as using the pen. Users will be able to drag and drop a built-in digital ruler to make drawing straight lines, making charts, and cleaning up lines much easier. This will be the space to create, doodle, and get ideas down in an efficient manner with all the personality of hand-drawn capabilities.

Beyond the featured applications, Microsoft has added a curated list of suggested apps as well as a dedicated link to all pen apps on hand. To up the ante, a recently used and favorites list will make it easier to find the apps you just can't live without.

Sketchpad isn't the only application that will integrate with the new simultaneous pen and touch. Microsoft's Office and OneNote will showcase Windows Ink with features such as shapes, rulers, new pen types, easier means of revising and editing, and math recognition. Maps will be allowing a user to draw a route or landmark for personal use or sharing.

A Simpler Way to Integrate

Microsoft is trying to make it as easy as possible for developers to master the tools with two new building blocks for the Direct Ink platform in Windows 10. Third-party developers such as Adobe will be adopting the technology with a new responsive blob brush and stencil tools that can be manipulated with the non-dominant hand.

With InkCanvas, a single line of code will enable using inking in the developer's app with a canvas or overlay that users can write on. For example:

Similarly, the InkToolbar is an XAML control that will allow for consistent inking across multiple apps. The simple design offers three brush types, common color picker, width picker, eraser tool, and the ruler tool. The developer can then edit the default keybindings, buttons, options, and color schemes to their liking. More information on the InkToolbar will be released later. More customization and flexibility will become available to developers via the InkPresenter with more information coming in the future as well.

Microsoft expects a larger catalog of applications developed and integrating over the course of the year.

The Future of Pen Devices

This is just the beginning. Windows Ink will provide the opportunity for licensing the Microsoft Pen Protocol to hardware manufacturers worldwide, bringing bring together turnkey solutions for high quality, affordable, and interoperable devices. Wacom has already begun building pens that are compatible with a broad variety of currently available PCs, but are also expected to join a wave of newly integrated devices that are expected to reach market during the holiday season of 2016.

The Windows Ink Workspace will bridge the personal experience of handwriting to digital tools with ease this summer. Keep tuned to WinBeta as Microsoft continues its progress towards the release of the Windows 10 Anniversary update.

"Hero-Shooter" Battleborn is now available on Xbox One