Microsoft could be working on new “Catch up” feature for Office.com 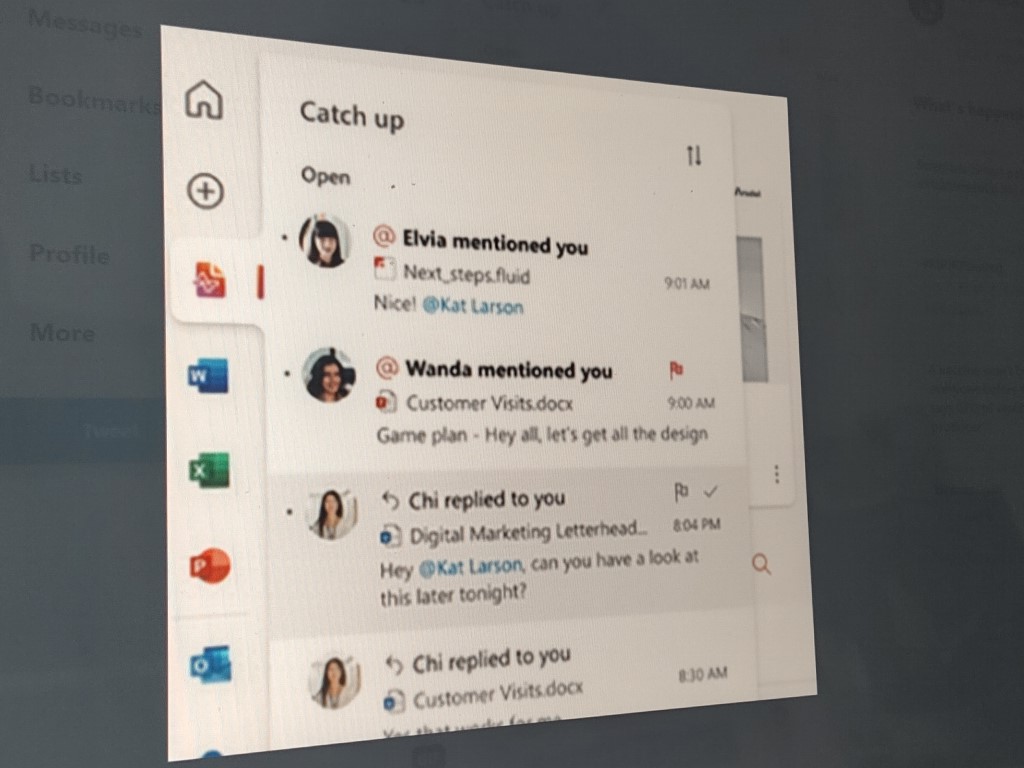 These days, it’s easy to get lost in a mess of notifications related to your work life, but Microsoft here to help. According to a tweet from Aggiornamenti Lumia, a new “Catch Up” feature could be in the works for Office.com, to help you peek at all your Office-related notifications at a quick glance.

As seen above, the feature appears to be linked to a new icon in the sidebar of the newly redesigned Office.com homepage. Presumably, when you click or hover over it, you’ll be able to see your notifications from across the Microsoft 365 apps. In the example, we can see that a person was mentioned in a Word document.

We’re not seeing the new “Catch up” feature on our end just yet, so it’s likely that it could just now be in the works internally at Microsoft. It’s a nice feature that will make it easier to track the files that you’ve been mentioned on, rather than having to check through them manually. We’ll be keeping an eye on this and will update you once it begins rolling out.