A handful of Windows observers and journalist such as Brad Sams, Rafael Rivera and NazmusLabs on Twitter seems to have unearthed some rather incredible news for the gaming community.

In a recent post, Sams walks through what Microsoft’s latest DirectX update means for the company’s gaming future, and it appears the company is prepping a full migration of the Xbox One installation into Windows via Windows 10’s new PowerShell enhancements.

What that boils down to is a more native Xbox One gaming experience from a PC.

Through Microsoft’s recent limited State of Decay 2 testing for Windows 10 Insiders on builds 18334 and later, we get a glimpse at how the company plans to bring native Xbox gaming to PCs.

When you download State of Decay, the oddities begin immediately. Instead of downloading from the Microsoft Store server, serverdl.microsoft.com, where all content comes from including PlayAnywhere titles, the game downloads from assets1.xboxlive.com.

What it looks like Microsoft is doing, instead of porting each Xbox feature back to the PC one by one, they are simply dumping the entire Xbox one installation/servicing plumbing and making it the primary installation for Windows.

When you install State of Decay, you get a legacy DX installation setup prompt that does a classic, non-sandboxed, and non-store based installation of DirectX dependencies to your system directory.

In conjunction with the recent appearance of the Gaming Service App, there is mounting evidence that Microsoft is fairly deep in the weeds in its merging of Xbox and Windows platforms into a single binary for game developers to target. 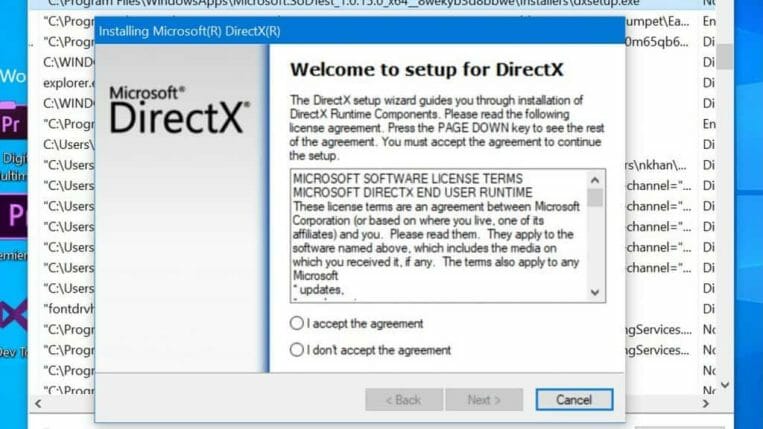 Streamlining the delivery mechanisms for games on PCs and consoles appears to be a large part of the company’s end game to bolster its gaming audience. Arguably, Microsoft has lost this generations console war, but if the company maneuvers its recent consumer-focused pivot successfully, it could render Sony’s current hardware win a pyrrhic victory.

With this much groundwork already laid, it’ll be interesting to see what Microsoft shows off during this year’s E3 convention as the company has the stage alone to further cultivate its combined PC and console gaming narrative.