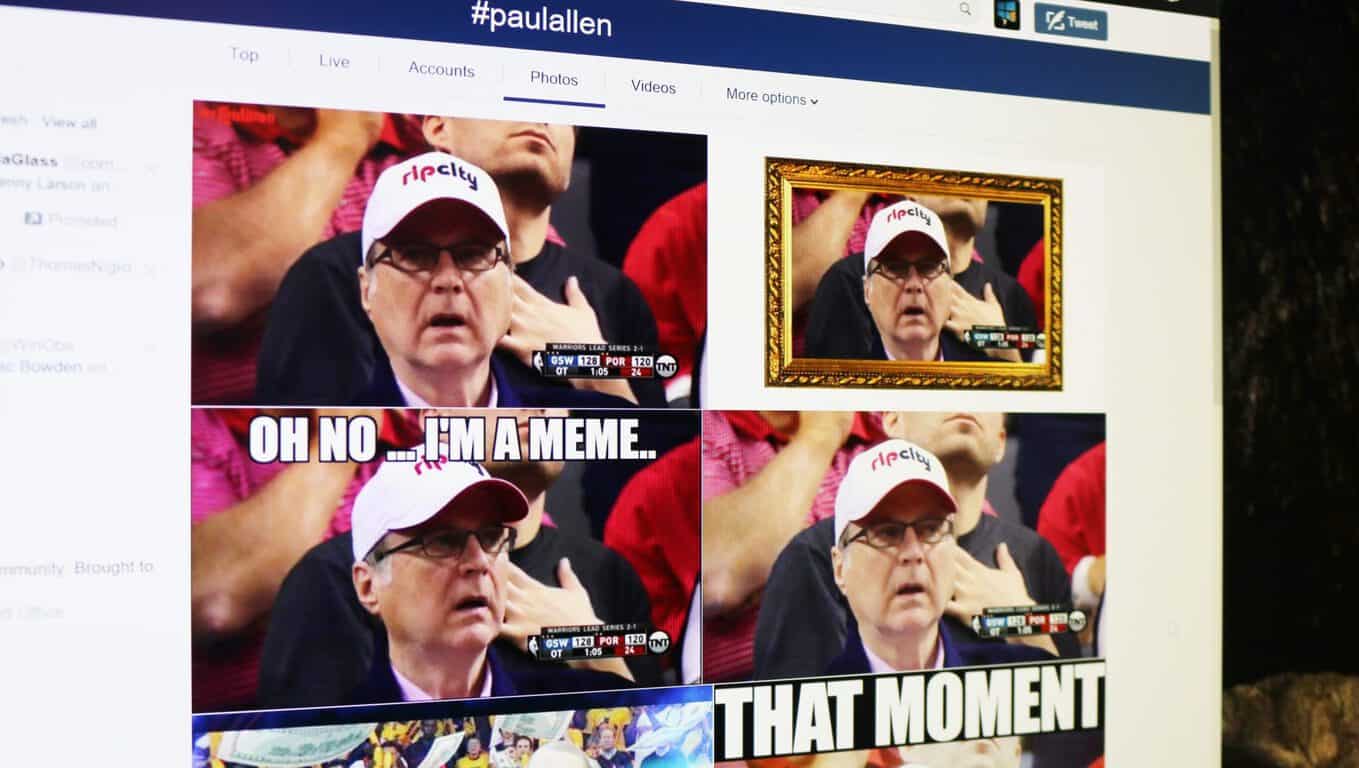 Last night in the fourth game of the playoff series between the Golden State Warriors and the Portland Trailblazers, Stephen Curry had an incredible performance in overtime. And the results of his 17-point overtime show wasn’t just a 3-1 series lead for the Warriors, but Portland Trailblazers owner and Microsoft co-founder Paul Allen became a new internet meme with #PaulAllen.

Pictures of Paul Allen’s open mouth and shocked look made their way around the internet as his team fell further behind in the playoff series. Twitter users, as can be expected of course, started getting more and more creative.

But Allen’s response is understandable. Stephen Curry returned unexpectedly from the injured list last night. And at first he was rusty and it looked like he might not have much impact on the game. But as the game went on he had an incredible performance, including a tough 3-pointer in the last minute when the Trailblazers were behind by 5. In the end, the Warriors beat Portland 132-125.

Given other news regarding Paul Allen’s yacht in the Caymen Islands, this meme is probably the last thing he was hoping for last night.