Microsoft claims that Microsoft 365 is the largest productivity platform in the world, and announces new developer opportunities

Let’s all say it together, Microsoft 365!

As Microsoft seemingly downplays its dependency on Windows, the company is upselling its new holistic offering in Microsoft 365 and it’s a nomenclature the industry is just going to have to come to terms with.

While many are still trying to define what exactly Microsoft 365 is, the company is already confidently proclaiming that the bundle is the largest productivity platform to currently exist and by many accounts, they are right. On stage today, at Build, Microsoft spent time making the case for the “the largest productivity platform,” by parading a slew of updates and highlights to the individual offerings that make up Microsoft 365. 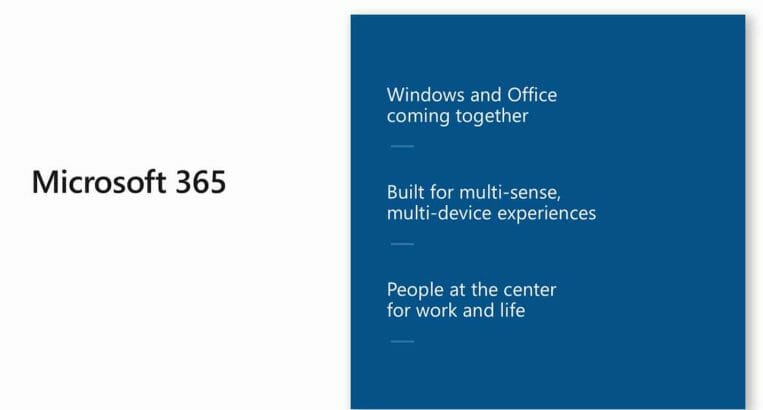 According to  Joe Belfiore, a corporate vice president at Microsoft, “Microsoft 365 is where the world gets its best work done. With 135M commercial monthly active users of Office 365 and nearly 700M Windows 10 connected devices, Microsoft 365 helps developers reach people how and where they work.”

Starting off the parade of updates and new features to Microsoft 365 is Microsoft Teams, its collaborative enterprise messaging platform. Announced today, were some new Microsoft Team APIs being offered to developers intended to allow developers to create tailored experiences based on the unique prerequisite of a company publish those apps in the Teams application store.

Along with new API’s, Microsoft Teams is also getting deeper SharePoint integration to help speed the process of communication and data sharing along. Soon, users will be able to pin SharePoint pages directly into a channel. On the developer side, a simple use of modern-script based frameworks can be used to link the two software solutions.

Another deepening of integrations within Microsoft 365 is that of new support for Power BI visualizations in Excel, making Excel an even more powerful tool for data organization and reporting. 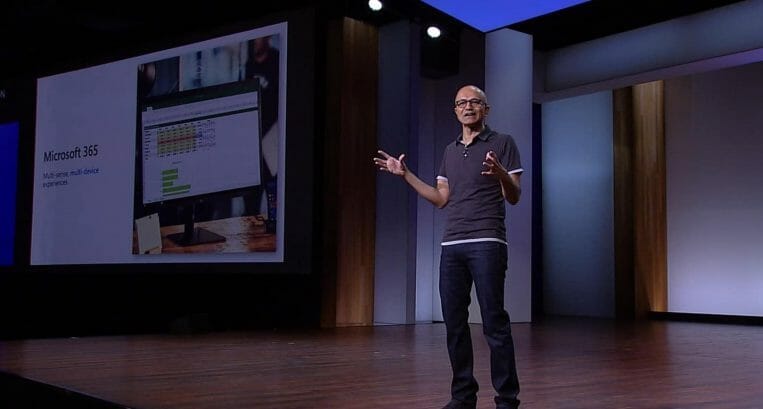 Even as Microsoft pushes developers towards creating progressive web app experiences, it continues to make strides in providing up to date tools for its .NET Core. In the latest update to .NET Core 3.0, developers can now have their applications run in standalone .NET environments. 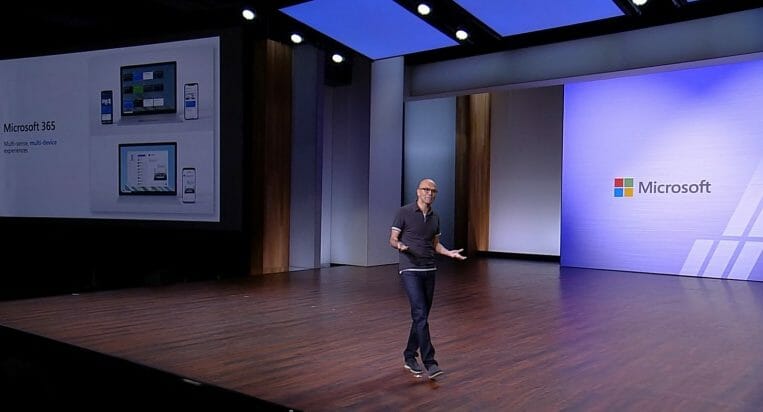 Speaking of containers, Microsoft mentioned MSIX, its new app packaging format designed to convert large catalogs of applications. As previously mentioned, during Windows Developer Day back in March, MSIX will support all types of Windows applications including Win32, WPF, UWP, and WinForm. MSIX benefits from Microsoft’s Universal Windows Platform development with the most up to date Windows 10 security models, quick and easy installation procedures, and support for enterprise management and the Microsoft Store.

There was also a lot of talk about Azure Machine Learning, and it looks like its being bundled in Microsoft 365. Azure Machine Learning (AML) and JavaScript custom functions are something that developers will now have access to as part of the Microsoft 365 suite of software solutions. Using both AML and JavaScript developers can build atop Excel with even more powerful and customized formulas for automatic data retrieval and display.

Last, but not least are the unifying visual improvements Microsoft has applied to many of its developer properties. Microsoft is pushing forward with its Fluent Design and its encouraging its developers to do the same with UWP XAML Island. XAML Island allows developers access to any UI stack including Windows Form, WPF, and native Win32.

For developers, Microsoft is still showing a modicum of interest in funneling some experiences through Windows 10 by suggesting efforts be spent engaging new and existing audiences through the new tools eventually lined up for release in Windows 10. For some time now, a select handful of Windows Insiders have been testing the single windowed experience of Sets, but Microsoft is hoping developers help build out experiences for its new attempt at organizing productivity. Beyond the shift in visualized workflow, Microsoft more subtle ambition with moving productivity towards a single windowed, multi-tabbed experience also aligns with the company’s efforts to boost its Microsoft App Store.

Microsoft has done most of the heavy lifting on the backend to tie together API’s for access to Sets, so when developers create a Universal Windows App (UWP) it will automatically work with Sets and its native platform advantages.

Microsoft would also like developers to consider using Adaptive Cards which is now being supported by Microsoft 365 offerings. The use of Adaptive Cards will give developers a chance to build unique and rich communication platforms atop already existing apps such as Teams, Outlook or Excel. While Adaptive Cards will be a traditional messaging experience for most, it does offer a way to integrate interactive content within a message that leverages data, bot communication, or AI or Machine Learning results.

As with most developer focus conferences, Microsoft has laid out all of its cards and highlighted why its great to developers for Microsoft and Microsoft 365, the only questions remaining are about the timeline of releases and whether there aren’t some other, less than straightforward workarounds needed to achieve the dirt simple promise from Microsoft executives often talk about on stage, but get eerily silent in message boards afterwards.

Build 2018: You will be able to access your Windows 10 Timeline on an iPhone soon