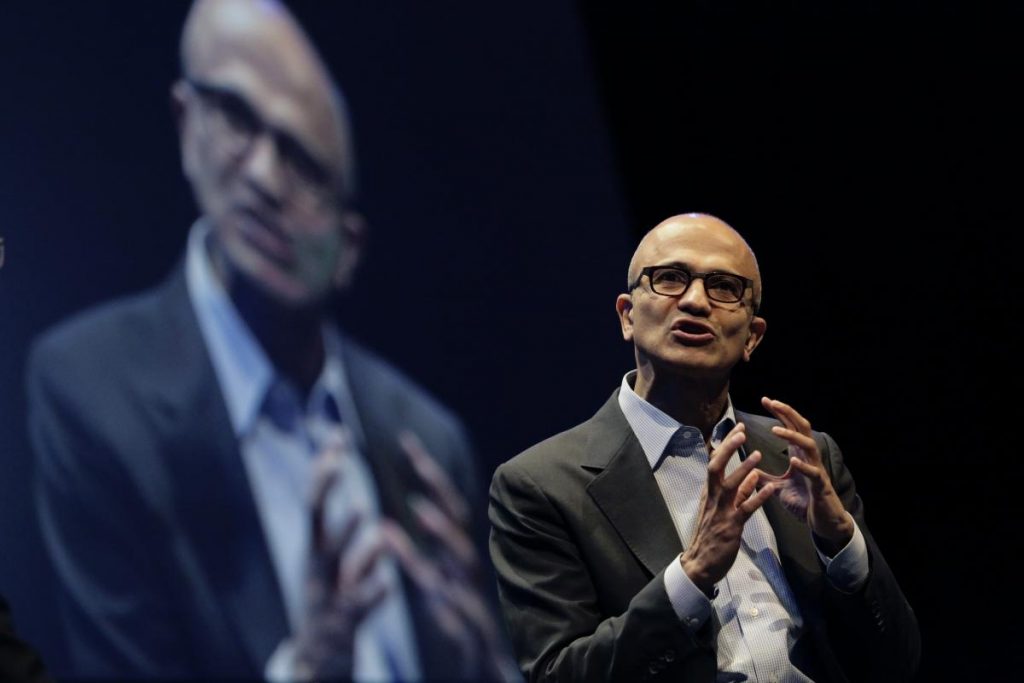 Microsoft CEO Satya Nadella chimed in on social media platforms and their responsibility as arbiters of online conversation and news in this heightened era of free speech and governing.

In an interview with Bloomberg Television's Emily Chang, Nadella explains his belief that it's up to the government to step in and "help" platforms such as Twitter, Facebook, and YouTube create clearer laws that can establish norms and conduct within their services.

“Unilateral action by individual companies in democracies like ours is just not long-term stable—we do need to be able to have a framework of laws and norms. Depending on any one individual CEO in any one of these companies to make calls that are going to really help us maintain something as sacred and as important as our democracy, in the long run, is just no way that at least I, as a citizen, would advocate for.”

At the moment, Microsoft has the luxury of not being directly involved in the conversation regarding social media platforms and their responsibility as publishers, but as a cloud services provider whose technology powers many social media adjacent services, they could soon be asked to make similarly tough calls. In early 2021, Amazon's AWS platform pulled controversial social network Parler LLC from using its cloud platform due to harboring disinformation peddled by former president Trump and other prominent conservatives. A similar call was made by Google when it yanked Parler from its Google Play app store.

In addition to requesting domestic governance step in to establish clear laws and norms for social media accountability, Nadella also talks up competition being among other equalizers of responsibility.

“Big by itself is not bad, but competition is good. And more importantly, you need to have a business model that really is aligned with the world doing well. There are certain categories of products where the unintended consequences of the growth on that category or lack of competition creates issues.”

Perhaps, paving the way for a more empathetic understanding of growth businesses versus anti-trust stipulations, some that still haunt Microsoft, in the Bloomberg Television interview Nadella made analogous the current complaint competitor Slack has filed against the company as a partial solution to the power a handful of social media sites currently wield.

“I always ask the question, would Slack have even existed if it was not for the free access they had on top of, say, the Windows platform?

They didn’t have to call Microsoft. They didn't have to go through any of our app stores. They didn't need any of our permission compared to any of the other platforms that they're available on. We perhaps provide the most open platform in Windows and even in Office 365.”

Nadella's argument exemplifies how "open platforms" such as its Windows helped foster its own competition with Slack, and in return has kept them away from wielding unmeasurable platform power on issues of free speech and censorship that plague the landscape. We'll see how long Microsoft is able to straddle the bench before it's forced to re-evaluate a network or individual it hosts with its services and ultimately asked to monitor or worse yet, de-platformed them.

Getting started with GitHub: Do you need version control for your small project?