“Get a real computer” may seem like the go-to flippant response from in-bittered Mac and Windows fanboys when attempting to mitigate the impact of Chromebooks and iPads to the customary notion of personal computing workstations, however, this time the dismissal comes from the head of one of the largest software developing companies in the world.

Microsoft’s CEO Satya Nadella recently took a trip to India where he spent time visiting government officials, academia, stakeholders, tech industry leaders and entrepreneurs as well as engaging in his inner Steve Ballmer for a moment. While not iPhone-level dismissal, Nadella doesn’t seem sold on tablets and smartphones replacing or fully supplementing personal computing just yet. 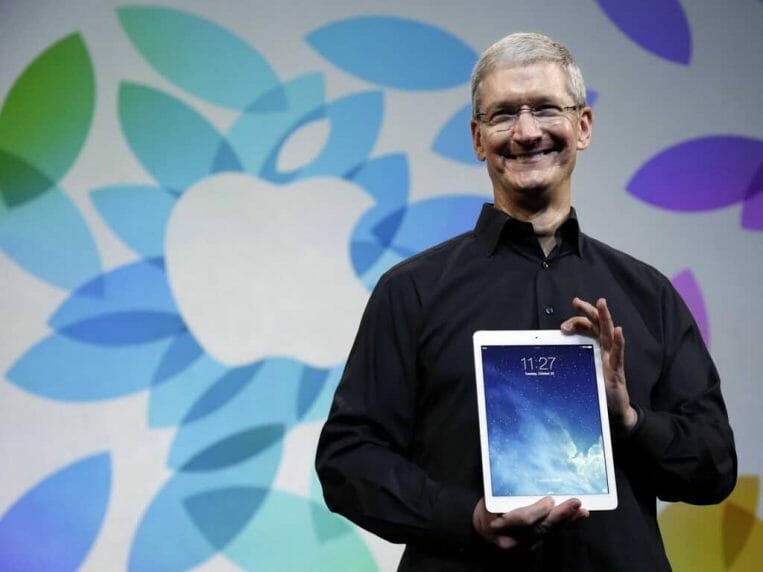 According to TechRadar’s Sahil Mohan Gupta, during Nadella’s trip, he passed a couple of colleagues using iPads and jokingly suggested, “You need to get a real computer, my friend.”

In a time where anything with a processor is being used to offset portions of people’s daily computing needs, Nadella’s remarks may seem outdated and the last vestige of a man leading a company which relies heavily on the licensing of an operating system designed for use by “real computers.”

However, Nadella’s offhanded remark still strikes a nerve with people attempting to accommodate the onslaught of personal computing devices by unshackling themselves from previous notions of how, where and when to create and ingest content. Some people have moved to their smartphones to delegate a majority of their personal computing workload, while others divvy up assignments across tablets, ultrabooks, wearables, gaming consoles, smart TVs and car infotainment units, to name a few.

Is Nadella premature in dismissing the iPad as a real work device or worst yet, was the company being disingenuous about turning any device its customers use into powerful “work” tools?

Turns out, Nadella and Microsoft are neither.

The iPad is in its seventh year of existence and has yet to fully usher in the “Post PC” era it was so widely associated with. The same unfulfilled destiny can be said of Chromebooks which have been around for the greater part of six years and have now just begun to find its niche among replaceable low-end classroom tools. Instead, the iPad has established itself as the supplemental computing device for a large swath of mixed-device users, or the gifting peripheral for anyone that has an Apple device toting friend or family member. What the iPad has yet to become, is the full office workstation replacement for most enterprise. As for the Chromebook, it’s finally made its mark in classrooms across North America and very little elsewhere.

Despite a handful of headline-grabbing transitions, the iPad or Chromebook isn’t being rolled out en masse to replace Dell and HP towers, laptops or All-In-Ones (AIO) on most desks. Seven years of miniaturization, expansions, OS mashups and everything else in-between has yet to yield a significant change in the perception or actuality of the most common use cases for the iPad or Chromebook, even after all the work Microsoft has put into optimizing its software for the potential post PC user.

Nadella isn’t being premature in his suggestion, rather he’s being exact in his assessment. Perhaps, given another seven years, the iPad or Chromebooks might evolve into the “real” computer some have hoped for, but as of now a Surface Pro is the closest real PC- tablet offering people can purchase. The Surface Pro may be overkill for some, unwieldy for pure tablet users and inelegant for iOS and Chrome users, but for most, it checks all the right boxes that lay between power and portability.

As for putting Office everywhere and Microsoft evolving its multi-platform development stance, the company is being genuine in wanting to be where its users are. Over the past year, Microsoft has stated during several events that the company wants to turn as many devices it can into dual productivity devices when possible. Just because the iPad and ChromeOS have yet to meet the productivity standards of many, doesn’t mean Microsoft is being disingenuous with its efforts. 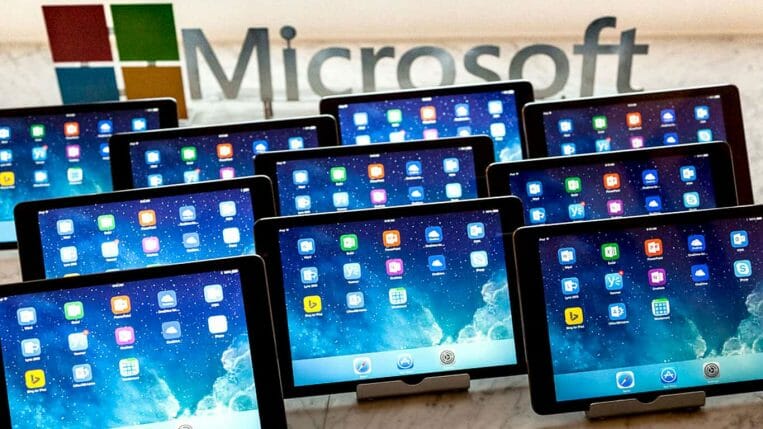 Nadella’s comments illustrate the continued struggles companies are having as they attempt to strike a new balance between the evolving nature of personal computing and mobile productivity. As iOS continues to pack on features, Chromebooks embed themselves in the mindshare of a generation of North American students, and Microsoft modulates its Windows 10 OS, it’ll be interesting to see just who of the big three software creators nails that post-PC mobility paradigm the best.