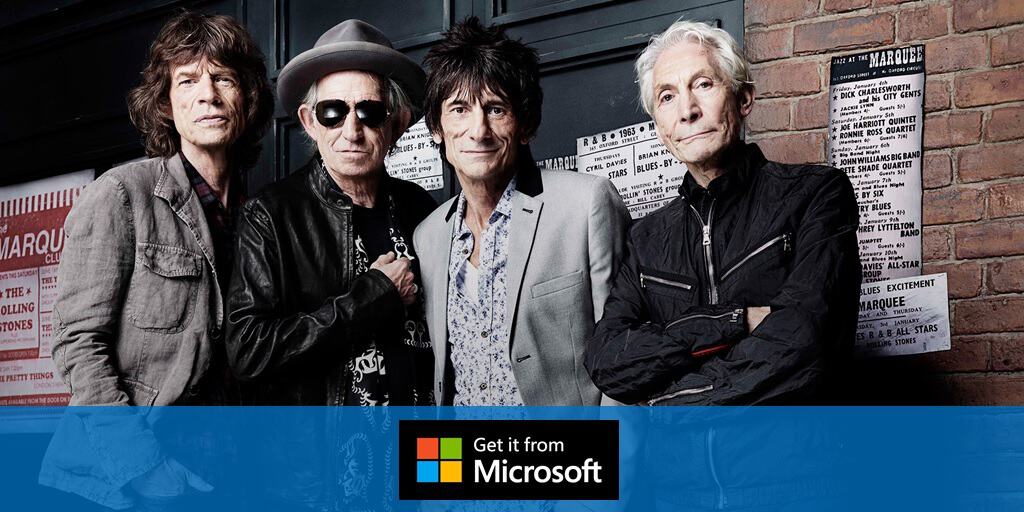 Windows 10 isn’t the only freebie Windows users can look forward to this summer from Microsoft. In honor of Microsoft’s Windows 95 launch 20 years ago, Windows users are being offered another gift from the Windows Store. Fans of the Rolling Stones can head over to the Windows Store to pick up a free copy of the bands 1981 hit song, Start Me Up.

The history between the Rolling Stones hit and Microsoft dates back to the launch of Windows 95. During the launch, Microsoft partnered with the Rolling Stones and used the song to highlight the Start Menu in Windows. The song was featured on a minute long video that showed various individuals using Windows based devices across New York in the 1980’s.

The partnership between Microsoft and The Rolling Stones wasn’t entirely altruistic; Microsoft paid a rumored $3 million dollars (US) to use the song for the campaign. According to an excerpt from the Puget Sound Business Journal, Bob Herbold, retired Microsoft chief operating officer discussed the Microsoft’s marketing efforts at the time.

The $200 million Windows 95 campaign was the first grand celebration of the Microsoft name, Herbold said. The company hired Portland ad agency Wieden & Kennedy and for the first time did television advertising.

Ironically, 20 years later, and Microsoft is still campaigning on the utility of its Windows Start menu. I suppose what’s old is new again at some point.

Head over to the Windows Store to grab your copy of Start Me Up.