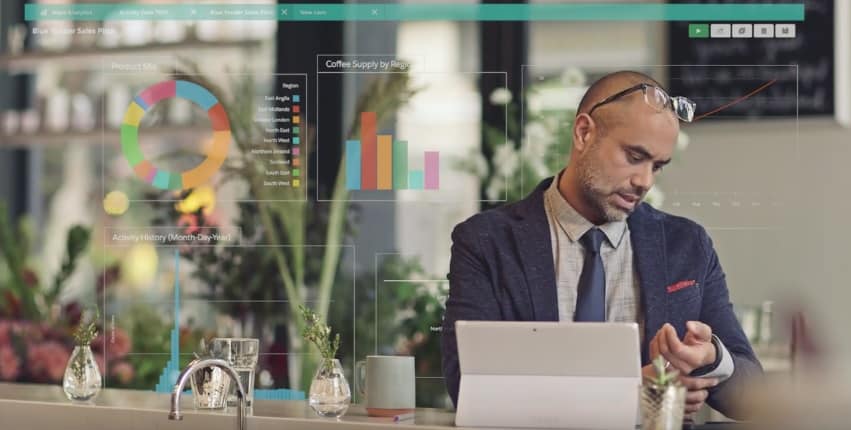 Many traditional software companies such Microsoft, Adobe, SAP, and Oracle are currently reinventing themselves in the cloud. As for Microsoft, we reported a few weeks ago that according to data from Otka Office 365 remained the most popular cloud application among businesses in the second half of 2015, followed by Salesforce, Box, and Google Apps. Otka added that in the past year, adoption of Microsoft’s cloud software (Office 365, Dynamics CRM Online and Azure) by Otka customers grew 116 percent, but this massive growth is still not enough for Microsoft to catch up with leading Software as a service vendor (SaaS) Salesforce.

Indeed, according to the latest report from analyst house Synergy Research (via CloudTech), Microsoft Enterprise SaaS revenue had an annual growth of 70% in 2015 (compared to Salesforce’s 21%), but the Redmond giant worldwide market share is still trailing behind Salesforce which is close to 15%. Still, it’s worth noting that both companies have captured more than 10% of the overall market share and are currently ahead of competitors Adobe, SAP, ADP, and Google (IBM, Intuit, Oracle, and Workday are also included in the top ten).

According to Synergy Research, the overall enterprise SaaS market grew by almost 40% in 2015 and could more than triple in size within five years. On the other hand, the consumer SaaS market currently represents a third of the size of the enterprise market and has a lower growth rate. Synergy chief analyst and research director John Dinsdale added:

“In many ways SaaS is a more mature market than other cloud markets like IaaS or PaaS. However, even for SaaS it is still early days in terms of market adoption. It is notable that the big three traditional software vendors – Microsoft, Oracle and IBM – are all now growing their SaaS revenues faster than the overall market and yet SaaS accounts for less than 8% of their total software revenues.”

A year ago, Microsoft has been rumoured to be looking at Salesforce but the deal didn’t materialise. Both companies have since chosen to strengthen their partnership as Salesforce began to integrate its CRM platform into Windows apps. Do you think Microsoft could still beat Salesforce as the biggest SaaS vendor? Please tell us what you think in the comments.