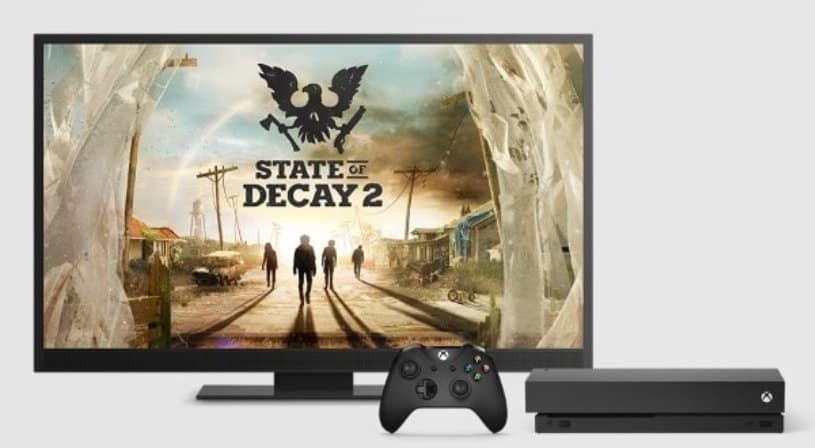 State of Decay 2, the zombie survival game published by Microsoft Studios launched last week on Xbox One, and Microsoft is once again giving its latest exclusive a special treatment. Just like it did for PUBG and Sea of Thieves recently, the company is now offering a free digital copy of State of Decay 2 with new Xbox One X purchases, a limited-time offer that will last through Saturday, June 2.

Get a free digital copy of @StateOfDecay 2 when you purchase an Xbox One X https://t.co/dYpOELLJcJ via @MicrosoftStore pic.twitter.com/biQIF6rEpU

State of Decay 2 is currently priced at $29.99, and it’s also free with Xbox Games Pass. It's also enhanced for the Xbox One X with support for 4K graphics and HDR, but the game may not make the best use of the console’s 6 teraflops of power. Indeed, Digital Foundry’s recent technical analysis revealed that frame-rate was lower on the Xbox One X compared to the standard Xbox One models, with frequent dips below 30 FPS. The game also has its fair share of bugs, but hopefully this is something that developer Undead Labs will address with future patches.

State of Decay 2 may not be the most polished game Microsoft released in recent years, but it seems the survival game may be benefiting from the cult following the first episode enjoyed. Indeed, Microsoft announced last week that over one million people have been playing State of Decay 2 just two days after the game launched on Xbox One and Windows 10, which is really good for a game that didn't have an AAA budget. Did you get the chance to play the game, and do you think it could drive Xbox One X sales this week? Let us know below.