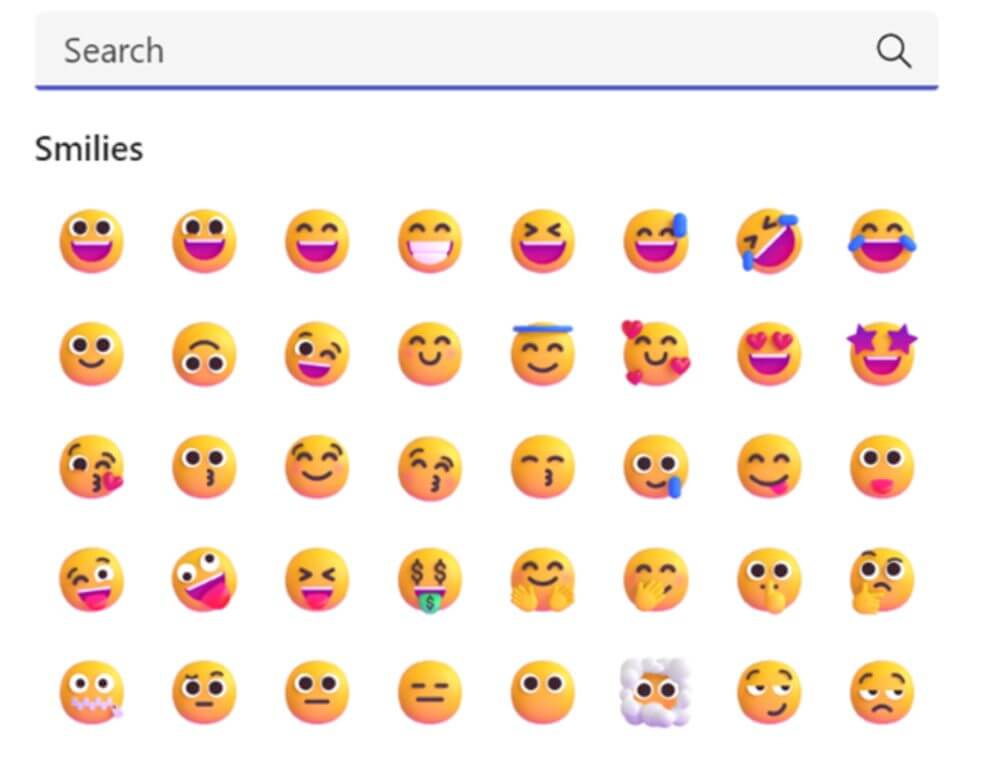 It's been a long strange ride for Microsoft's new 3D emojis. The company first revealed them in a Microsoft Design blog post back in July of last year, hinting broadly that they would be coming to Windows 10 and Windows 11. But then in November, the company introduced a new set of emoji for Windows 11 in the Windows Insider program, but these were 2D versions of the Fluent Design emoji, with the 3D emoji apparently left out in the cold.

Now, however, the 3D Fluent Design emoji are slated to appear, in Microsoft Teams, as noted in a blog post on the Microsoft Tech Community site. Specifically, the new versions will appear in two areas:

For those users wanting a more consistent UI experience across Windows and Microsoft products, that's still a ways away, apparently, but if you're a fan of the new 3D emoji, they should be appearing in Teams soon.