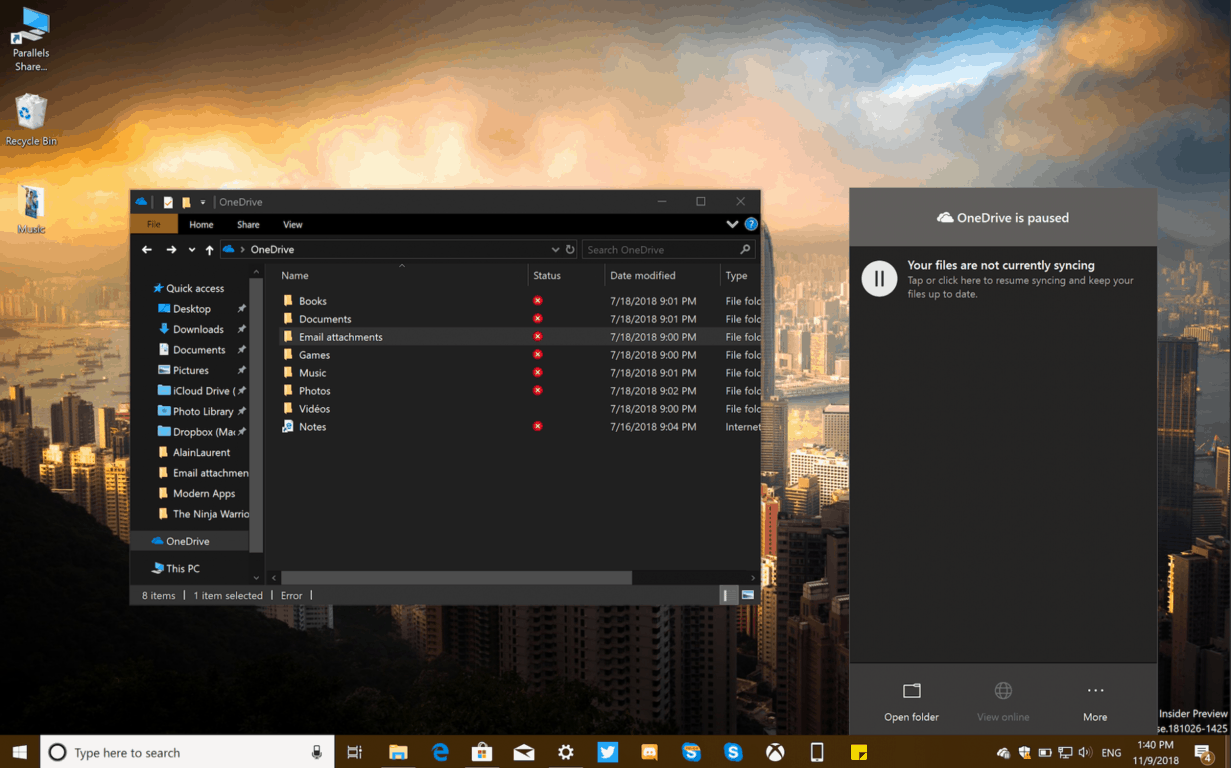 The October 2018 update, which Microsoft has yet to re-release for all Windows 10 users will bring some improvements to the dark mode in Windows 10. The legacy File Explorer now supports dark mode, though we previously noted that the implementation was still quite inconsistent across the board.

The truth is, even with dark mode on on Windows 10, you’ll still encounter many Windows 10 components, legacy apps or UWP apps that will remain untouched. That was also the case for the OneDrive sync client on Windows 10, but Microsoft has quietly added dark mode support to this app in recent Insider builds.

We saw the sync client turn dark today on an Insider PC running the preview build 18272, so you apparently don’t need to have the latest 19H1 build to get it. The build number for the app is 18.212.1021.0007, which is as of this writing is more advanced than the latest OneDrive Insider build that Microsoft indicates on this support page.

The OneDrive sync client ships with Windows 10, but Microsoft uses three different rings of validation (Insiders, Production, and Enterprise) to push new updates. Like many other Windows 10 apps in dark mode these days, the OneDrive sync client uses different shades of dark grey, and it looks pretty good next to the dark File Explorer. It's one of the thing that Microsoft can now remove from its Dark Mode checklist, but there is definitely still some room for more improvements in File Explorer and other parts of the OS.