For users of the Microsoft Authenticator app beta for iOS devices, there is a light at the end of Adal for OneDrive bug tunnel. With the recent update to the app, some users found themselves experiencing issues with Azure Active Directory Authentication Libraries just sixteen hours after release.

To combat the string of complaints, Microsoft went back to the drawing board and crafted this bug fixing update that not only addresses the ADAL issues but brings a few new features in tow.

The big changes in version 5.3 are that "the app now supports icons and profile pictures, which should help you to organize and identify your various account. It also improves interactions with VoiceOver and keyboard."

Back in February of this yer, version 5.1 rolled out and introduced the ability for users to edit accounts. Now that the beta of this app is up for grabs, Microsoft is encouraging users to become a part of the experience to help shape the future of the Authenticator app for iOS.

Unfortunately, those on Android who are experiencing issues will have to wait a little longer for fixes as this update is strictly an iOS affair for the moment. 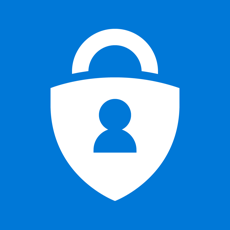 Microsoft confirms that Windows 10 build 15063.138 is also rolling out for Windows Insiders on PC and Mobile