Microsoft Apps for Android, containing Your Phone, getting bug fixes and more in new build - OnMSFT.com Skip to content
We're hedging our bets! You can now follow OnMSFT.com on Mastadon or Tumblr! 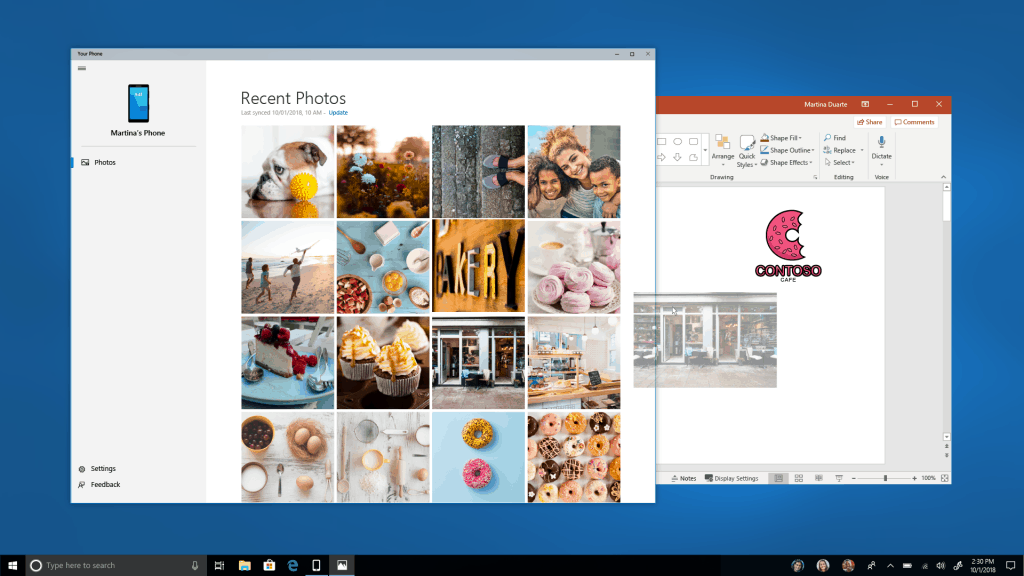 The Windows team seems like it's in full steam ahead on the more public development of its latest smartphone/desktop blending feature called Your Phone.

In the latest two Windows Insider previews, users have been given glimpses at Microsoft's  vision of how it plans to integrate Windows users desktop experiences with their smartphones.

Windows 10 Insider preview 17733 brought an update to the Your Phone that enable more functionality and it seems that the Windows team is adding follow up tweaks via the Google Play Store for Android users.

Windows engineer Vishnu Nath just tweeted that Android users should see an update to the Android aggregator of Microsoft Apps that'll bring a new right click share menu for photos along with a handful of bug fixes.

#YourPhoneApp users, we are readying a new build of Microsoft Apps that has a bunch of bug fixes in place! We also added a handy right-click share menu for photos! This will roll-out in waves via the Google Play store. Let us know what you think!

This follows on the heels of another Nath tweet that further leads credence to the notion that the Windows team is taking the release of Your Phone app on Windows 10 and smartphones, seriously.

Insiders we are looking to put together a cohort of folks that want to provide us additional insights on experiences with our new #YourPhoneApp, please reply to this tweet and RT to be considered for the special access group!

As with most things that happen in the Insider program, the official release of the Your Phone app could just as easily be left out of the next update to Windows. However, the amount of updates and development so far are a hopeful sign that more users will eventually be able to pick mesh their smartphone and desktop lives pretty soon.

Dark Theme for File Explorer looks better in latest Insider build, but it's still not perfect