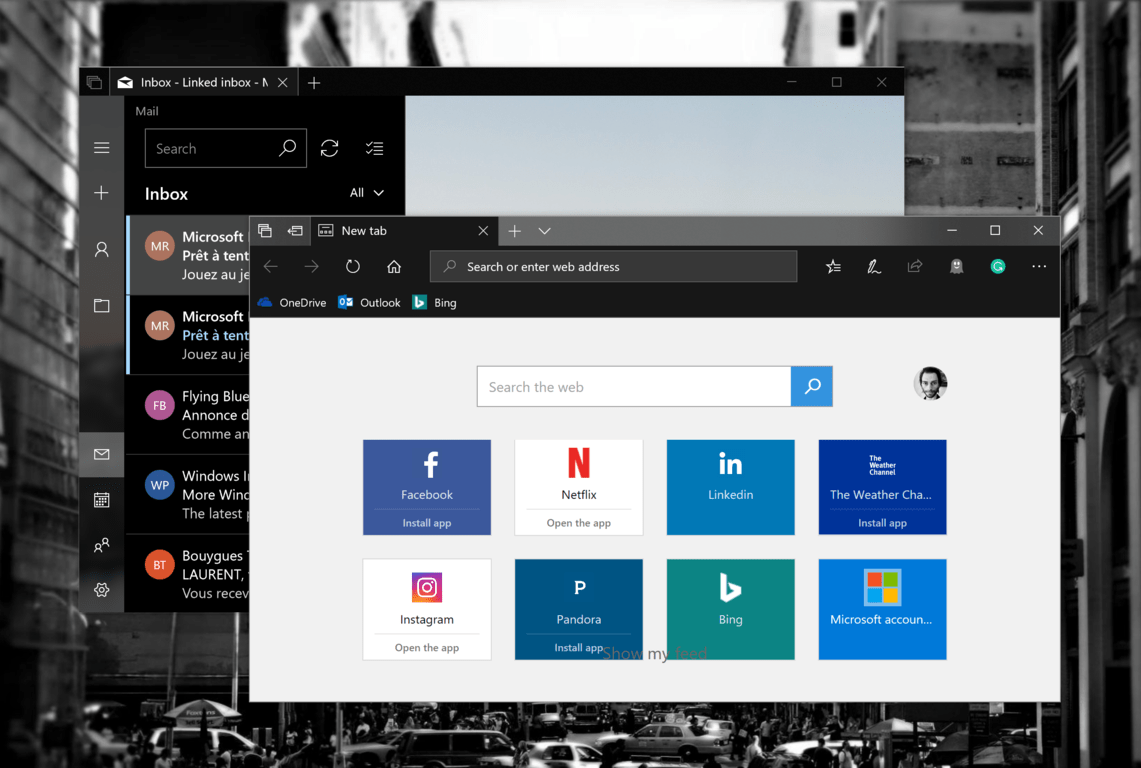 During the release of Windows 10 RS5 build 17623 for Skip Ahead enrolled PCs, the Windows team floated their new strategy of opening links found in emails using the built-in Windows 10 Mail app, using Microsoft Edge's browser despite whatever selection users have as their default browser.

For Windows Insiders in the Skip Ahead ring, we will begin testing a change where links clicked on within the Windows Mail app will open in Microsoft Edge, which provides the best, most secure and consistent experience on Windows 10 and across your devices. With built-in features for reading, note-taking, Cortana integration, and easy access to services such as SharePoint and OneDrive, Microsoft Edge enables you to be more productive, organized and creative without sacrificing your battery life or security. As always, we look forward to feedback from our WIP community.

Once writers began pointing out this glaring infraction of personal trust built upon Windows when it comes to assigning default browsers, the internet collectively lost its marbles.

Microsoft should really just build a better browser, instead of trying to force people into using it. If Edge was better than Chrome, everyone would use it

On the face of it, this latest move revealed by Microsoft and the Windows team has left many with a bad taste in their mouths regarding the apparent overreach of from the company. But when put in context though, perhaps the company's actions aren't nearly as earth-shattering as tech pundits have been saying.

For starters, the test is being done on a what's widely referred to as the next big update for the Windows code-named Redstone 5. Redstone 5 releases are only being rolled out to Insiders who have opted into the Skip Ahead release of the operating system. Typically, users on the Skip Ahead Ring see features and improvements that may never make it to a release version of the operating system.

Second, it's a test being conducted with the express purpose of garnering feedback for an overall evaluation of its impact on user flow and relevance. For those with gut-wrenching disappointment over the new strategy, conveniently head over to the Feedback Hub and express your disapproval of the feature.

Fortunately, not everyone is ready to pick up their pitchforks or buckets of tar and feathers.

This is bad and dumb and bad but seriously though how many people actually use the Windows 10 Mail app and aren't already using Edge lol pic.twitter.com/QX5Dg8tCT0

While the decision seems a bit odd at the moment, hopefully, users will keep the above notes in mind. The switch appears to be a design aligned with streamlining usage in Windows 10, and preparation for what seems to be the future of the operating system with Edge at the heart of most functionality. This is similar to ChromeOS, where the option of multiple or alternative browser options are non-existent. Users should also keep in mind they have the power to course correct as they see fit by providing their feedback in droves if this switch is truly the wrecking some have made it out to be.