Microsoft announces new Xbox Games Pass and Games with Gold titles for October - OnMSFT.com Skip to content
We're hedging our bets! You can now follow OnMSFT.com on Mastadon or Tumblr! 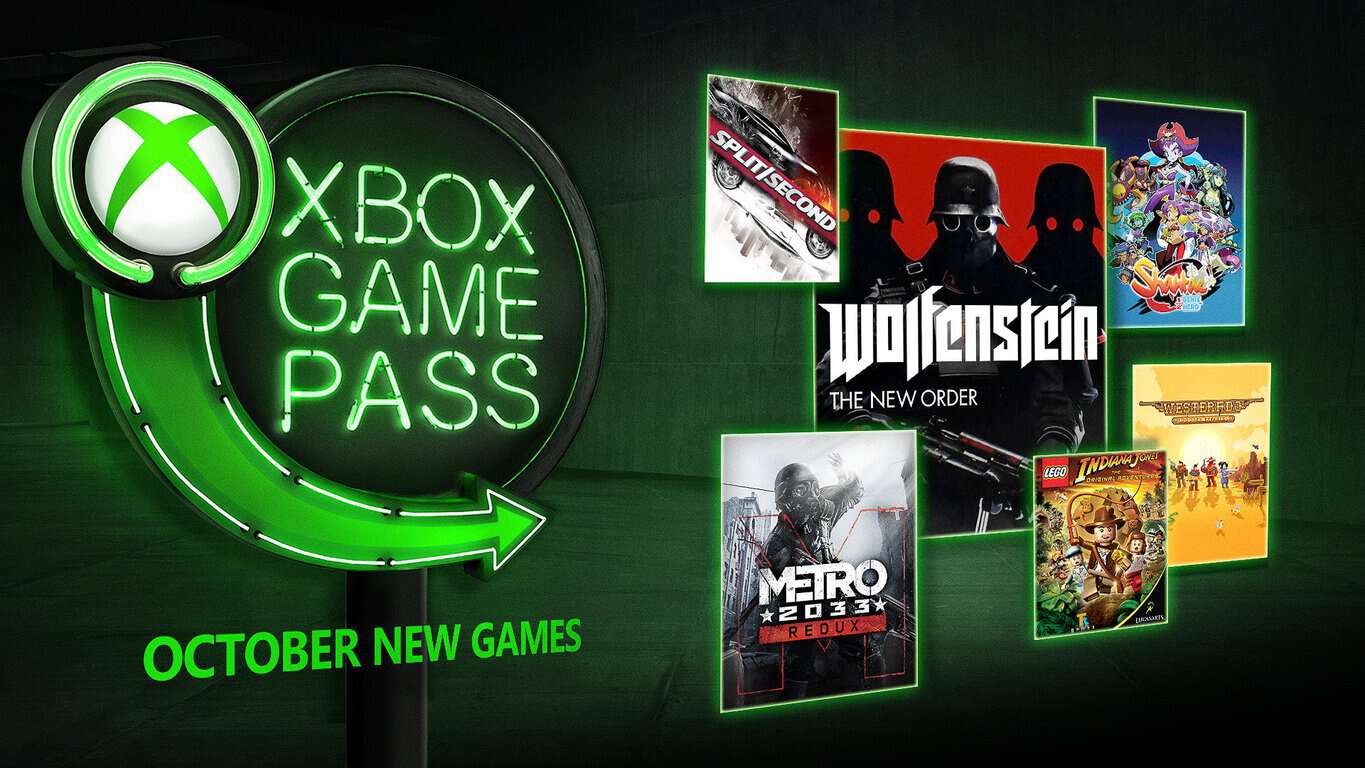 Microsoft used its special Inside Xbox episode today to announce all new games coming to Xbox Games Pass and Games with Gold in October. As you may know, Forza Horizon 4 will be available on Games Pass on launch day, October 2, but six other games will also join the catalog on October 1: These are Wolfenstein: The New Order, Metro 2033: Redux, Westerado: Double Barreled, Shantae: Half-Genie Hero, Lego Indiana Jones, and Split/Second.

#ForzaHorizon4, @MetroVideoGame 2033, @Wolfenstein: The New Order will be on @XboxGamePass Oct 2nd, along with 3 more games 🎁. #InsideXbox

Xbox Live Gold members will also get four new free games in October: Overcooked and Stuntman Ignition will be available on October 1, while Victor Vran and Hitman: Blood Money will be free to get starting October 16. All these games represent $72 in value, which is really close to what he had this month.

Well, since we already revealed the new games coming to Xbox Game Pass next month, maybe we should go ahead and reveal next month’s Games With Gold titles too. You saw it here first (and I’ll post it on my blog soon) pic.twitter.com/jkhHUBv1FO

The addition of Wolfenstein: The New Order to Xbox Games Pass is pretty big news, and there is already a decent amount of Bethesda games in the catalog: Doom, The Elder Scrolls Online: Tamriel Unlimited, and Fallout 3 and 4 were all added earlier this year, and we hope to see more of the publisher's high-quality solo games join the list in the near future. In case you missed it, we remind you that Microsoft is currently offering one free month of Games Pass if you pay for one month with a Paypal account.