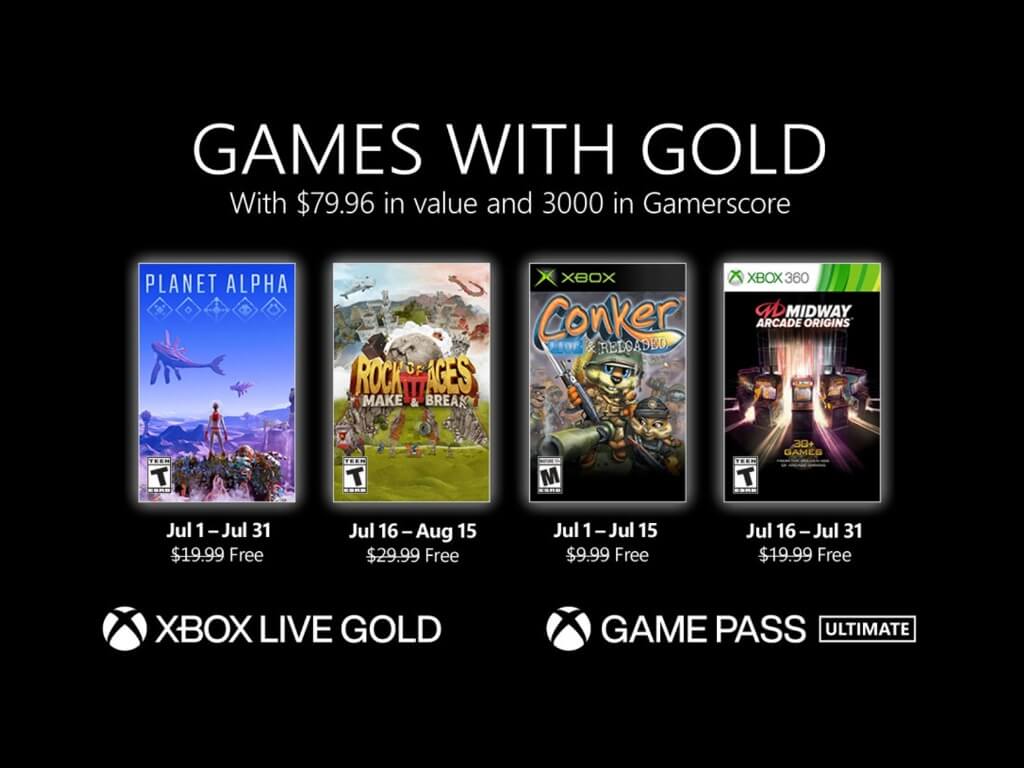 Microsoft has revealed today the July 2021 Games with Gold lineup for Xbox Live Gold subscribers, which be free to grab throughout next month. The platformer Planet Alpha will be available starting July 1 alongside Conker Live & Reloaded, a classic game released on Microsoft's original Xbox console back in 2005.

Two more games will follow on July 16 with the tower defense and arcade game Rock of Ages 3: Make & Break, plus the Xbox 360 title Midway Arcade Origins. The latter is a collection of 30 arcade classic arcade games such as Defender, Gauntlet, Rampart, and more.

Overall, these four games represent $80 in value and 3000 in Gamerscore, which is pretty much in line with the June 2021 Games with Gold lineup. If you have yet to grab them, we also remind you that The King’s Bird, Shadows: Awakening, and Injustice: Gods Among Us are still free to grab with your Xbox Live Gold subscription.