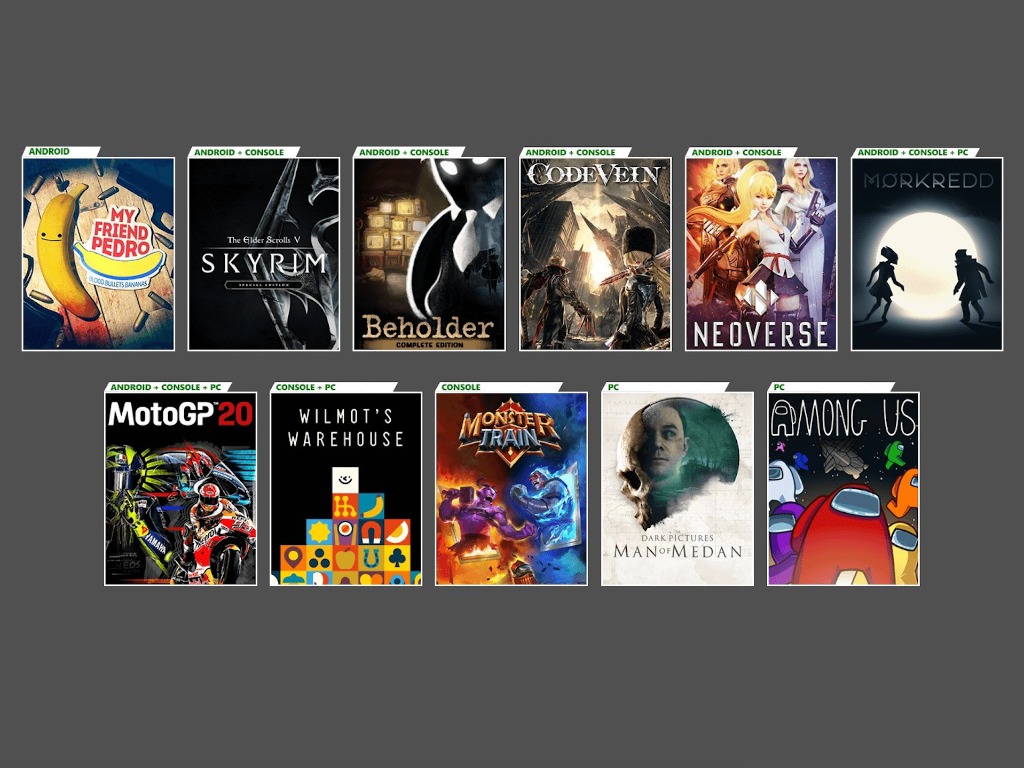 Microsoft used The Game Awards Ceremony yesterday to announce some new Xbox Game Pass additions including The Elder Scrolls V: Skyrim, the popular indie game Among Us, and more Yakuza games. To our surprise, the Xbox team is back with another exciting Xbox Game Pass update this morning, with a total of 10 new games coming to the game subscription service in December.

You can find the full list of games coming to Console, PC, and Android via Xbox Cloud Gaming below:

If many new games are coming to Xbox Game Pass this month, Farming Simulator 17 (Console & PC), Football Manager 2020 (PC), and Mortal Kombat X (Console) will also be removed from the catalog on December 30. However, the Xbox team has already announced eight new games coming to Xbox Game Pass next year, starting with the Xbox and PC exclusive The Medium on January 28. The seven other games coming "soon" to Xbox Game Pass for Console and PC include Neoverse, Killer Queen Black, Cyber Shadow, and the third, fourth, fifth, and sixth Yakuza video games.

If you have yet to subscribe to Xbox Game Pass, we remind you that for a limited time, new subscribers can get 3 months of Xbox Game Pass Ultimate for just $1. Microsoft has also kicked off a Game Awards Sale on the Microsoft Store this week, and there are some cool discounts on Destiny 2: Beyond Light (25% off), Assassin’s Creed Valhalla Ultimate Edition (17% off), FIFA 21 Champions Edition (60% off), and more.