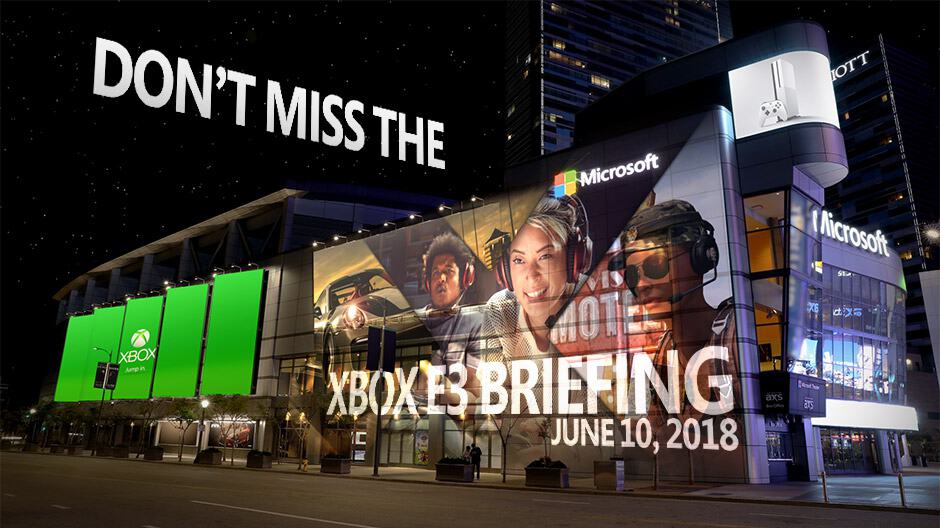 E3 2018 is right around the corner, and Microsoft today shared some more on what it has planned for the annual video games expo. The company revealed a streaming schedule for the event, and a special Inside Xbox episode for Monday, June 11th with exclusive announcements, game demos, interviews, and giveaways.

Microsoft's annual Xbox Briefing will air live on Sunday, June 10th at 1:00 PM PDT, on Mixer, Twitch, YouTube, Twitter, and Facebook Live. And, just like last year, those logged into Mixer can watch in multiple languages and get a special MixPot full of digital content. Additionally, Microsoft partnered with Fuse and FM to bring the bring the Xbox E3 2018 Briefing live to cable and satellite subscribers in the U.S. and Canada at 1:00 p.m. PDT.

For those attending E3 in person, there will be a dedicated Mixer booth at the South Hall of the LACC where you'll be able to go hands-on with new titles, watch the live broadcast each day, and catch your favorite Mixer Partners. As a reminder, Microsoft moved their E3 events to the Microsoft Theater--- across the street from the LACC. The venue will be open on Tuesday, June 12 and Wednesday, June 13, to E3 Expo Badge holders, and it will be the place to see the latest Xbox games and experiences showcased during the briefing.

Those who live near a Microsoft Store can also watch the Xbox briefing on the big screen there, or participate in Forza Motorsport 7 tournaments for a chance to win Xbox One-themed prizes. And for those in LA, the Microsoft Store in Westfield Century City will hold a special event with USC Alum and now Tennessee Titans cornerback Adoree’ Jackson.

One year after launch, Microsoft says Xbox Game Pass has a positive impact on the video games industry