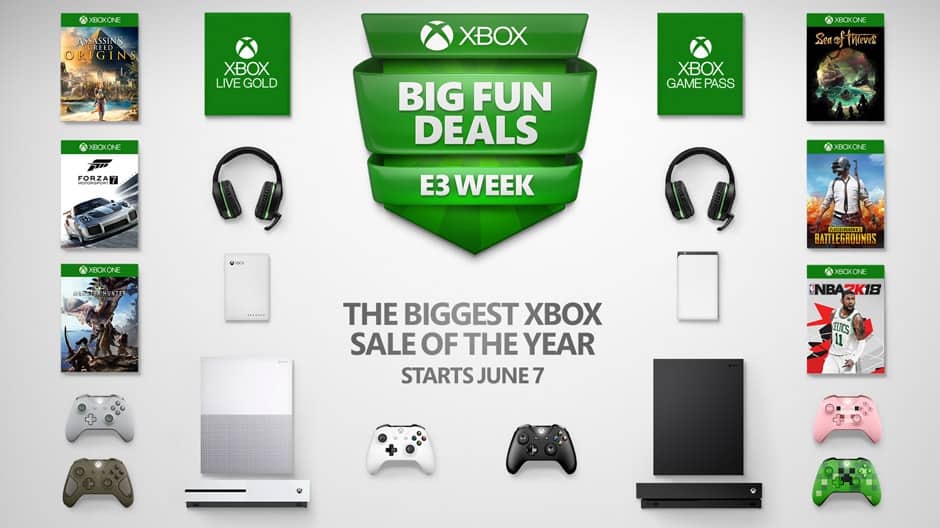 Microsoft’s E3 press briefing is now less than a week away, and this morning the company has just announced its biggest Xbox sale of the year starting on Thursday, June 7. For a limited time, you’ll be able to save big on hundreds of games and accessories, and Microsoft will also offer a $50 discount on all Xbox One consoles, including the Xbox One X.

Here are the some of the most interesting offers that will be available later this week:

We invite you to check the Microsoft Store and participating retailers on June 7 to see all the offers, which will also include discounted gaming accessories from Seagate, Turtle Beach and Hyperkin.

Surface 3 gets its first firmware update since 2016

Looking to buy an Always Connected PC? Amazon has you covered with this new promotional page