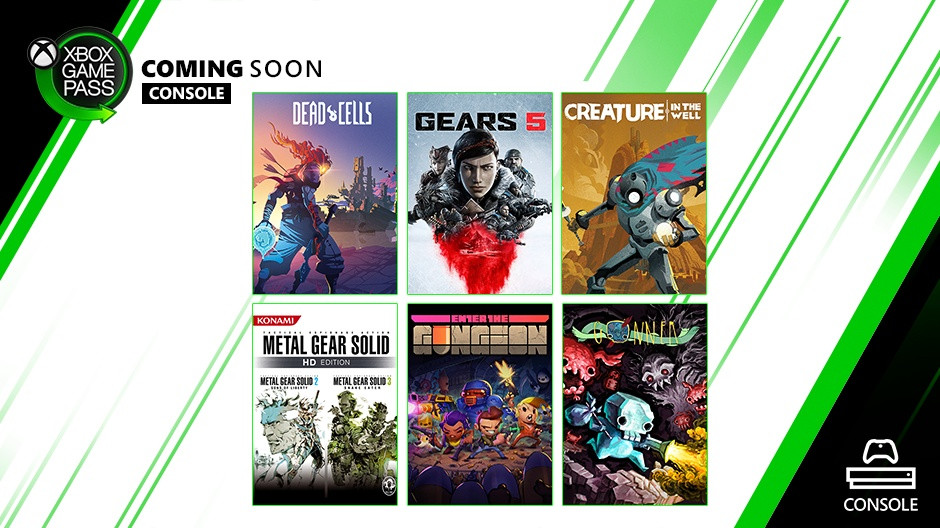 Microsoft has just announced five new Xbox Game Pass games for console coming in September, in addition to the previously-announced Gears 5 launching on September 10. The latter will actually be playable in early access starting tomorrow at 9pm local time with Xbox Game Pass Ultimate, and it will be joined by the roguelike-metroidvania game Dead Cells and the Metal Gear Solid HD Edition: 2 & 3 anthology on the same day.

We're about to drop the biggest Gears EVER. Get ready for #Gears5.

Xbox Game Pass will gain another Xbox One game on Friday, September 6 with the hack-and-slash dungeon crawler Creature in the Well, which will be followed by two other games on September 12, Enter the Gungeon Gonner Blüeberry Edition. Gears 5 is clearly the biggest Xbox Game Pass addition so far, but we expect the Xbox team to announce more Xbox and PC games later this month.

Update 7AM PDT: Gears 5, Dead Cells, Creature in the Well, Enter the Gungeon and Gönner Blueberry Edition are also coming to Xbox Game Pass for PC in September, in addition to Shadow Warrior 2 and Bad North: Jotuun Edition. Microsoft didn't provide any release dates for these new Xbox Game Pass for PC titles except for Gears 5, but we assume the games also joining on Xbox Game Pass for console will do so on the same day on PC.

Headed to a queue near you. Play #Gears5 4 days early with Xbox Game Pass Ultimate.

New Microsoft mouse and keyboard have been revealed by FCC filings