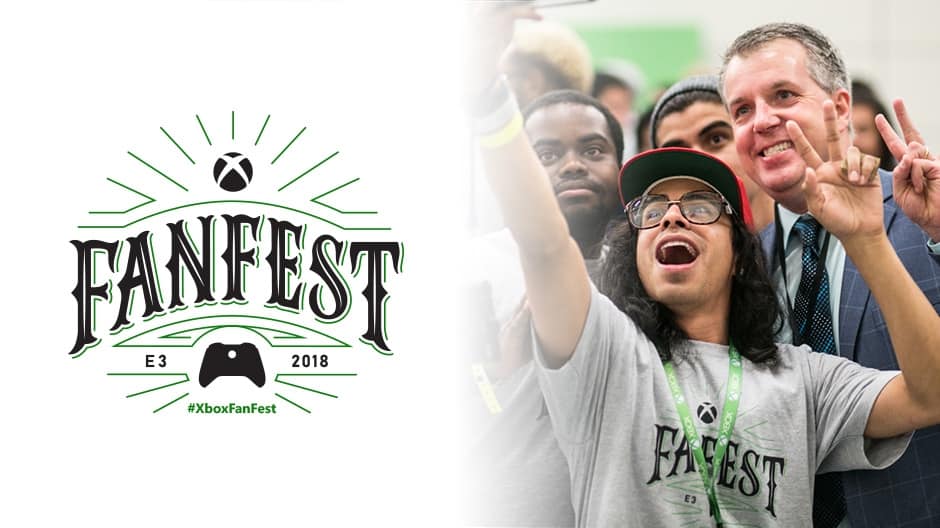 Yesterday during the second episode of Inside Xbox, Microsoft announced the details for Xbox FanFest at E3 2018 in Los Angeles. The event now has been going on for over four years, and Microsoft promises that they're looking to "do even more" with FanFest this June.

Unlike in the past, Microsoft says there will be two specific offerings for Xbox FanFest at E3 2018. First, gamers (over the age of 21) can enter a random online drawing to be one of 400 people to buy up to two tickets for the June 10 to June 11 FanFest event. Second, gamers can also enter the online drawing to for the chance of getting one of 1,000 Xbox Briefing Only Fan Tickets. Everyone who is selected from the drawing will get to attend Microsoft's E3 briefing in person on Sunday, June 10th at the Microsoft Theater in LA.

Though the Xbox Briefing Only tickets will be free, those who are lucky enough to get to go to FanFest this year will have to pay $45, with a limit of two tickets per person. This was a decision that Microsoft didn't take lightly, and the company says it will be donating all money from FanFest ticket sales to a charity announced later in the year.

Of course, FanFest attendees will get two big gifts--- a custom built backpack full of gaming gear, and a FanFest jersey. Attendees will also get a Seagate 2TB Game Drive for Xbox, Sea of Thieves Special Edition, with exclusive Sea of Thieves in-game content and 1-month of Xbox Game Pass.