Microsoft announces availability of Fitbit skill for Cortana - OnMSFT.com Skip to content
We're hedging our bets! You can now follow OnMSFT.com on Mastadon or Tumblr! 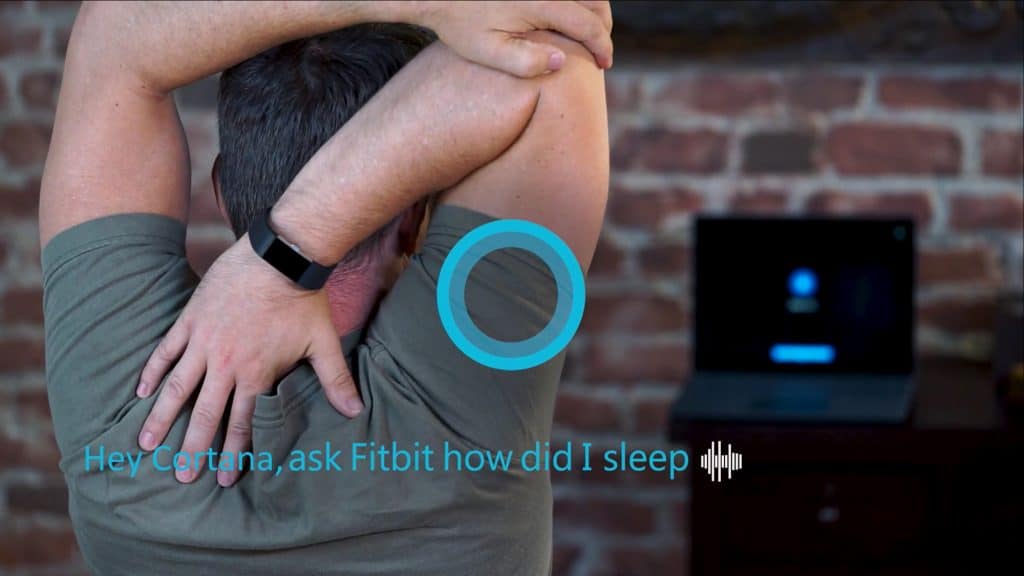 Staying fit just got a whole lot easier, at least in the United States. Microsoft today announced the availability of the Fitbit skill for Cortana in the US, making it simpler for you to monitor your health and fitness goals using Cortana on iOS, Android, Windows 10, and soon the Harman Kardon Invoke speaker.

To get started and ask the digital assistant about your fitness routine, you must first connect your Fitbit account to Cortana by saying "Hey Cortana, Open Fitbit." After doing so, you will no longer need to visit the Fitbit app or Fitbit website to keep track of activities such as your steps, or water consumption.

You can say, “Hey Cortana, Ask Fitbit how am I doing today,” along with several other supported health and fitness prompts to learn about your daily progress. Cortana will not only read out your progress – like active minutes you’ve logged, how you slept last night, or the number of calories you’ve burned for any day within the previous week – but may also show you a short summary with all the handy information.

Interestingly, Cortana is able to provide responses based on the time of day, and will even update Fitbit about your food and beverage intake with the voice prompt "Hey, Cortana, tell Fitbit to log...."  Examples of other Fitbit Cortana prompts can be seen below.

At the moment, the Cortana Fitbit skill is only available in the United States, and Microsoft is saying that other markets will be added over time. The Fitbit skill is all part of the Cortana Skill Kit, which was announced as a public preview back at Build 2017.

How to change the taskbar position in Windows 10