Microsoft and Accenture team up to provide legal IDs to a billion people, using blockchain

This year, it has been estimated that there are 7.5 billion people in the world. But about 1.1 billion of them are virtually invisible. “One-sixth of the world’s population lives without an officially recognized identity,” the ID2020 webpage explains simply. The initiative to building accessible digital identity for people across the globe met today at the UN, where Microsoft and Accenture shared their next prototype toward the cause (via Reuters.)

With the use of Accenture’s blockchain technology, originally created for storing, recording, and transferring bitcoin securely, Microsoft wants to help ID2020 make personal records for every person in the world. The digital ID network will essentially be able to collect all documents and information from resources that also use the network. The prototype in question, of course, runs on Microsoft Azure.

As clarified by Business Wire who also reported, the prototype doesn’t store personally identifiable information. The individual in charge of the system will allow others access, removing misplaced documents and quite possibly reducing the amount of stolen identities. 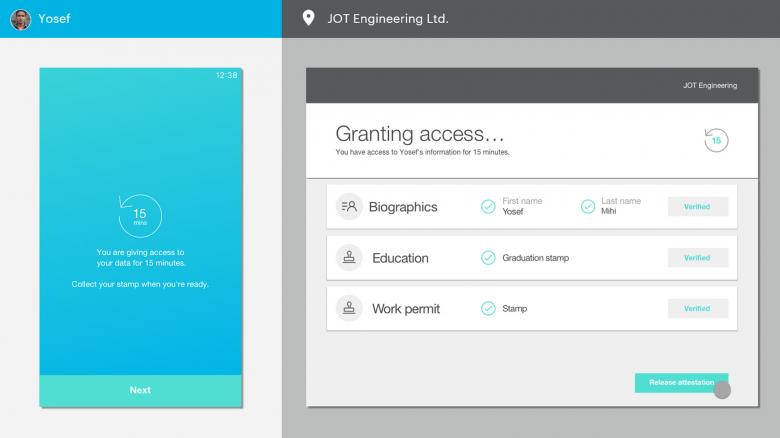 One demographic the pitch could aim to assist is with refugees. These ‘invisible’ people that vanish from one country might have to pick up and leave everything behind them. And as Accenture’s David Treat so gracefully put it:

“Without an identify, you can’t access education, financial services, healthcare, you name it. You are disenfranchised and marginalized from society.”

ID2020 believes that having a digital identity is a basic human right, and that through their partnerships, the world could see technical proof of concepts and begin networking as early as the year 2020. Another goal is to enable access to digital identity for every person on the planet by 2030.