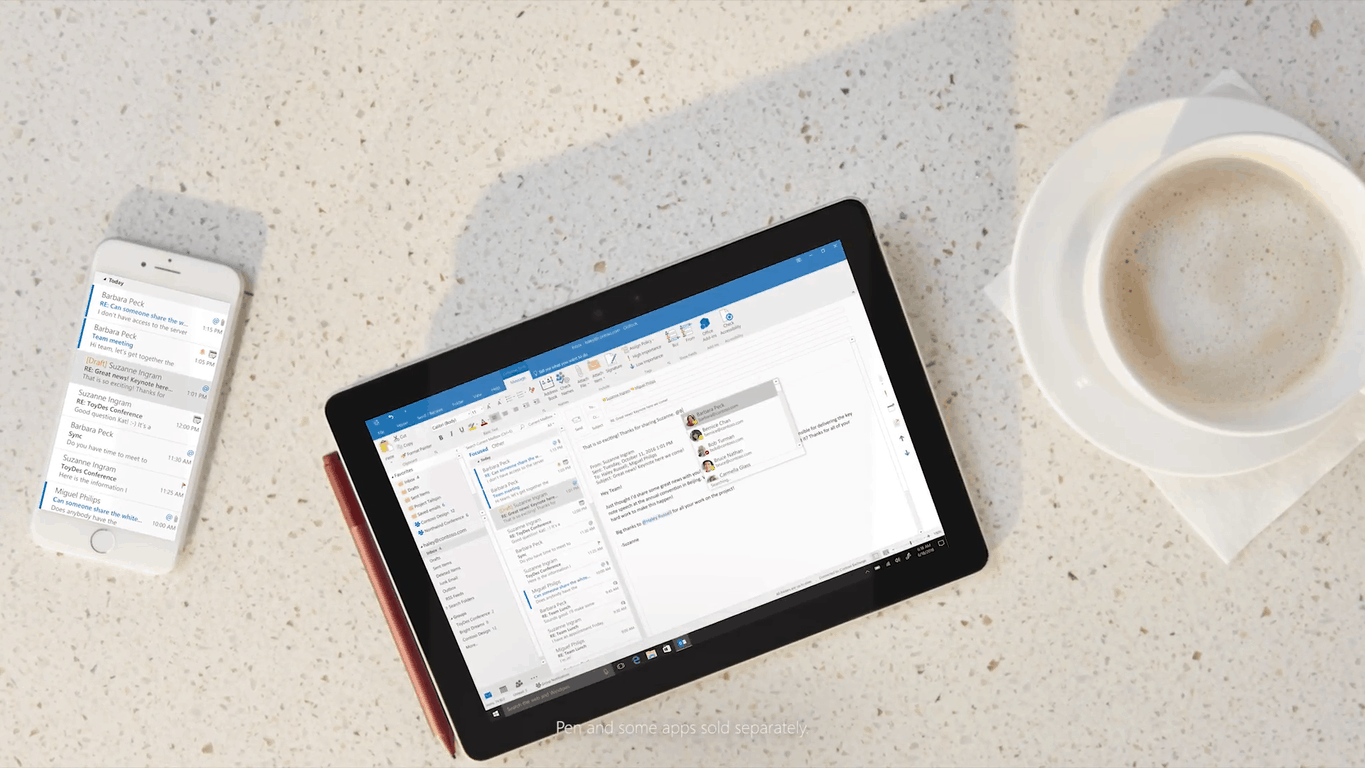 The release of Microsoft's 10-inch Surface Go tablet is just about a little over a week away, and Microsoft is now amping up the hype for the device. Indeed, the company recently pushed out a series of short video ads on YouTube, all showcasing the use cases and features of Surface Go.

There are a total of ten new 16 second ads which were uploaded to the Surface YouTube channel. Most of the ads focus on the portability and versatility of the Surface Go, but some show also off Cortana, Inking, and Windows Hello. Interestingly, there's even one for "syncing on the go" which features a shot of an iPhone alongside the Surface Go.

Surface Go is set for release on August 2nd and is now available for pre-order at the Microsoft Store and other retailers. There are two configurations available at the Microsoft Store---4GB of RAM and a 64GB SSD, or 8GB of RAM and 128GB SSD. You can get a $50 gift card if you pre-order at BestBuy, and you can find a variant with 4GB RAM and 128GB SSD bundle at Costco.