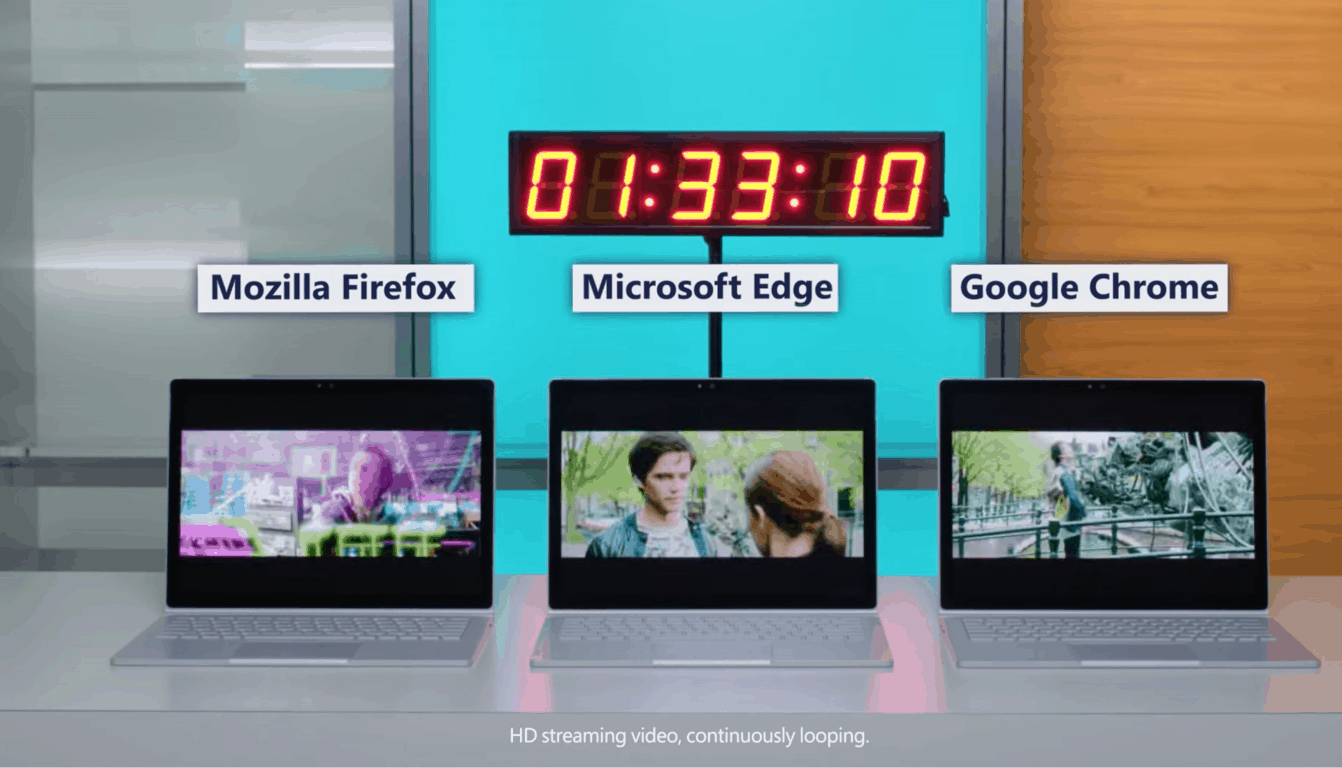 With every Windows 10 release, Microsoft fires up its marketing machine to remind users of the benefits of the Microsoft Edge web browser. Indeed, in yet another promotional YouTube video, Microsoft is again claiming battery life advantages with Edge in the Windows 10 April 2018 Update.

In this newest video Microsoft puts tests the battery life of three identical devices running three different browsers, each streaming the same HD video in a continuous loop. This is not exactly a scientific test, but the company finds that the test PC running Microsoft Edge with the April 2018 Update lasts 98% longer than Mozilla Firefox, and 14% longer than Google Chrome. Speaking in terms of hours, that adds up to 14 hours 20 minutes on Edge, 7 hrs 15 minutes on Firefox, and 12 hours and 32 minutes on Chrome.

At any rate, Google has definitely caught up to Microsoft when it comes to battery life, so the Redmond giant might have pushed them a bit hard here. Do you really think Edge impacts your battery life less than Google Chrome? Let us know in the comments below.