Microsoft ads in ABC-TV's "Black-ish" blur the lines between content and commercial - OnMSFT.com Skip to content
We're hedging our bets! You can now follow OnMSFT.com on Mastadon or Tumblr! 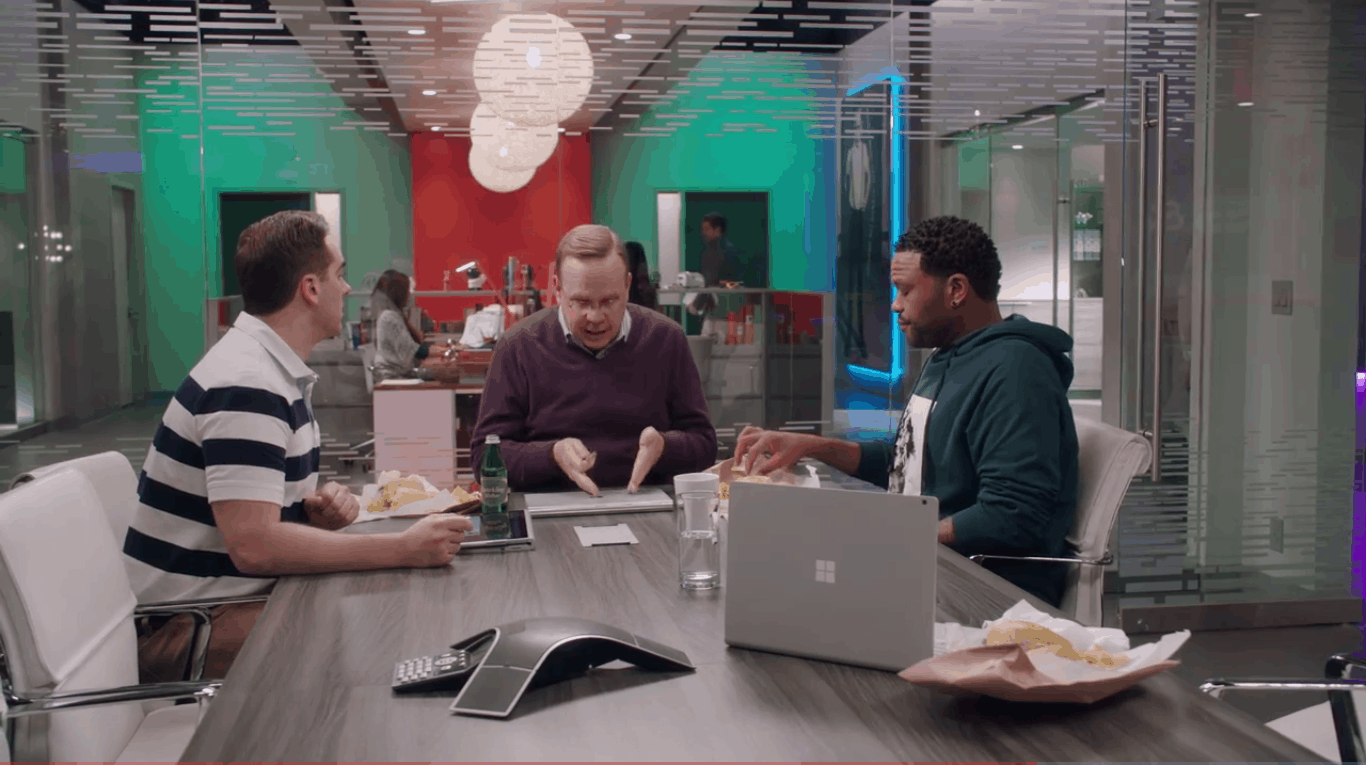 Microsoft has seemed notoriously tone-deaf when it comes to advertising its consumer-facing products. From the Zune to Windows Phone to Surface Pro's, Microsoft has seemingly mismanaged the balance between how to present the way its device works and why it should be purchased.

Perhaps, even more cringeworthy, is the way Microsoft products are co-opted in placement on TV and film where set designers heavy-handedly place items such as a Windows phone a Surface Pro or Surface Book in the hands of their actors when the reality outside of cinema would claim otherwise.

Fortunately, as Microsoft's Surface devices become more casually adopted, the more nuanced the company can be at advertising and it's using ABC's hit comedy show Black-ish to experiment with blurring the lines between overt and integrated marketing.

According to a report from ADWeek, Microsoft will be extending its already existing Surface branding on the show, to a new co-opted integration.

"The show’s season-long integration with Microsoft culminates in a 60-second branded content spot featuring star Anthony Anderson in character as Dre that will air during one of the show’s ad pods and continue the storyline from the episode."

Similar to a previous episode from the show, lead character Dre Johnson and his co-workers are tasked with coming up with a Surface commercial. As part of an advertising agency, Dre's interaction with the Surface should feel a bit more integrated than some previous examples of detectives whipping out a Surface kickstand and keyboard on the hood of a car.

The experimental integration comes in the form of extending the in-show theme to an actual commercial spot that sits alongside the series.

"The Microsoft spot airs immediately after a break in the episode called “One Angry Man,” in which Dre is serving on jury duty, and his fellow jurors agree to stop deliberating for the night. As the Microsoft spot begins, Dre is back at work wearing the same clothes as in the previous scene, and his boss (Mackenzie) thanks him for coming in after jury duty to work on the campaign. Following the branded spot, the rest of the ad pod will include spots from other advertisers."

Priming tonight's marketing, the characters of Black-ish have also filmed three digital shorts that have been released ahead of the integrated marketing effort.

The relationship between ABC and Microsoft has been a blossoming endeavor as the Surface branding has been a multi-season effort for the company and Black-ish as well as seeing shows such as How to get away with murder and Scandal often prominently showcase Windows phones.

But tonight's approach has been something ABC's VP and creative director of Integrated Marketing has wanted to do for some time.

"In-show integrations was absolutely one of them, and then we always want to pitch certain ideas that extend the storyline and enhance the storytelling, and that’s where this came from."

Die-hard Microsoft enthusiasts may find news of ABC's eagerness to actively participate in a co-branding marketing effort with Microsoft, a weird space to fill, especially after previous fumbles with entities such as the NFL and CNN.

It'll be interesting to see how viewers react to tonight's marketing efforts.  Let us know your thoughts on Microsoft's new approach to advertising in the comments below.