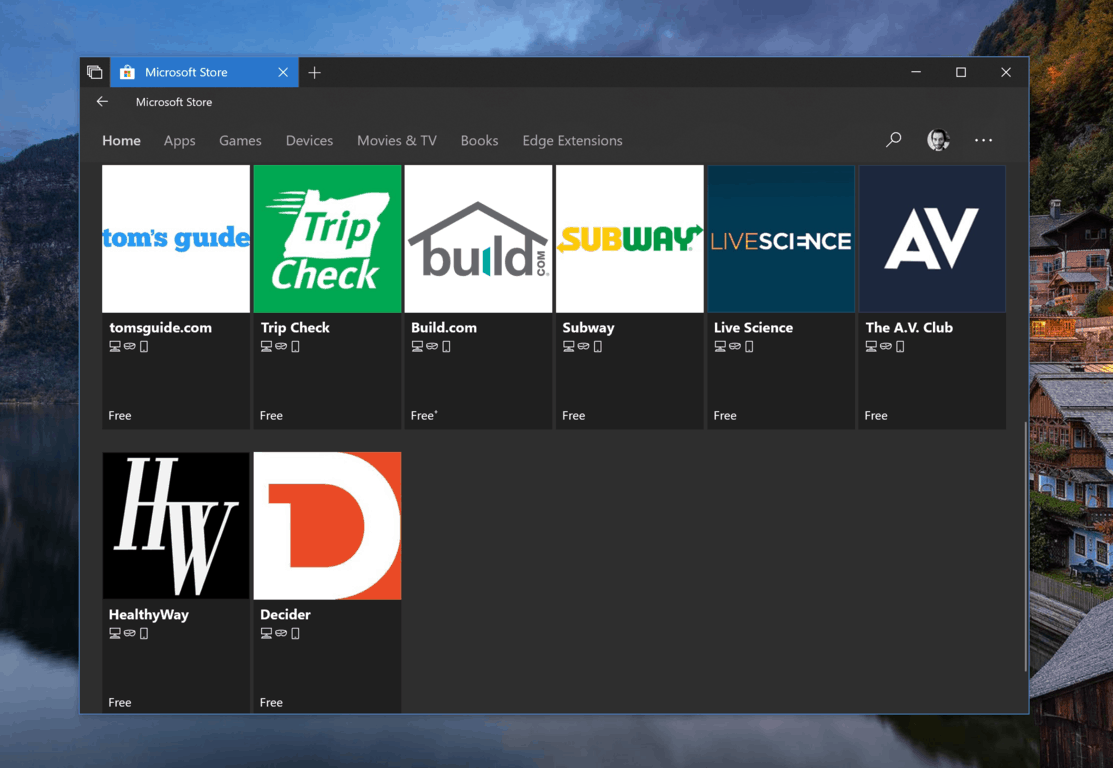 Two weeks ago, Microsoft published a first round of Progressive Web Apps on the Microsoft Store, and the various selection included ASOS, Skyscanner, ZipRecruiter and more. As spotted by Windows Central, the company has quietly added six more PWAs to the list this week, which now counts 20 apps published under the “Microsoft Store” developer name:

Microsoft previously explained that would encourage developers to submit PWAs to the Store, and with a little bit of work, these apps can support Live Tile, push notifications and even work offline, just like native UWP apps. These advanced features are only supported on Redstone 4 though, and so far Twitter is leading the way with its new PWA that gets new capabilities every weeks or so.

However, these PWAs published by Microsoft seem to be a different thing: they all seem to be basic web wrappers, and they work on all versions of Windows 10 as well as Windows 10 Mobile. Again, remember that certain PWA features such as push notifications and service workers require Redstone 4 to work, so we're not sure if these apps really deserve the "PWA" label after all.

We all want to see Microsoft fix the app gap on Windows 10, but it's clear that filling the Microsoft Store with basic web apps may not be the right solution. Developers do have some work to do to build native-like web apps, and Microsoft has already announced a Build 2018 session which will help to explain what exactly needs to be done to enable those experiences.