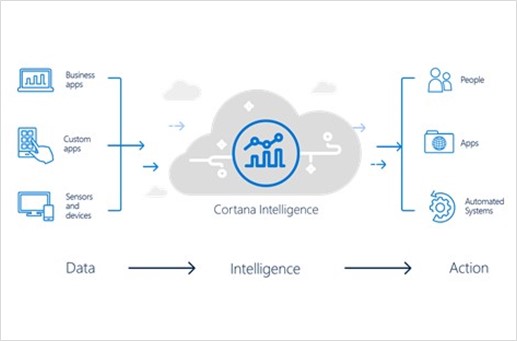 Not being bothered with the burden of financing a smartphone wing like other competitors has left Microsoft with some extra coin in its coffers and the company seems to be on a spending spree with its extra change.

Fresh off the heels of its $7.5 billion purchase of GitHub, Microsoft has opted to snatch up another artificial intellegence solution to add to its portfolio of AI and ML additions destin to become a part of its Azure cloud offering.

"What I find exciting is that Bonsai has achieved some remarkable breakthroughs with their approach that will have a profound impact on AI development. Last fall, they established a new reinforcement learning benchmark for programming industrial control systems. Using a robotics task to demonstrate the achievement, the platform successfully trained a simulated robotic arm to grasp and stack blocks on top of one another by breaking down the task into simpler sub-concepts. Their novel technique performed 45 times faster than a comparable approach from Google’s DeepMind. Then, earlier this year, they extended deep reinforcement learning’s capabilities beyond traditional game play, where it’s often demonstrated, to real-world applications. Using Bonsai’s AI Platform and machine teaching, subject matter experts from Siemens, with no AI expertise, trained an AI model to autocalibrate a Computer Numerical Control machine 30 times faster than the traditional approach. This represented a huge milestone in industrial AI, and the implications when considered across the broader sector are just staggering."

As if that wasn't enough, Bonsai had also been seeding its technology to Uber, Google and Apple, according to Jo Foley. which means Microsoft might have access to rival data to help create a better experience for Microsoft and (ML) enthusiasist.

While not as high profile as the GitHub purchase, this new buy from Microsoft is yet another indication of where the company sees its future, and it's no more evidant than in the cloud, powering the technologies behind some of the most interesting AI and ML experiences of the future.

Lenovo Flex 6 14'': The overall option for the general consumer