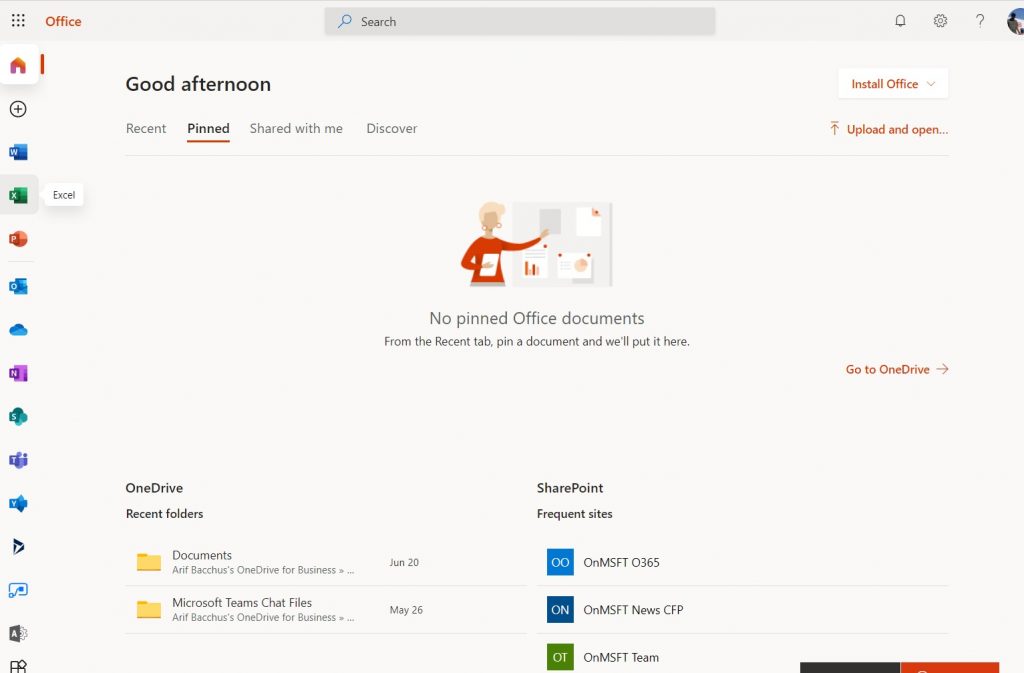 Although we’re currently seeing this new design on our Microsoft 365 Business account, it appears as though it is not rolling out to consumer accounts at the moment. Still, the new home dashboard design is clean. Hovering over the icons for each of the Microsoft 365 apps reveals a nice clear-gray, drop-shadow effect. In addition, the home icon looks a bit more realistic, as seen in the featured image above. There’s also a newer circular “create” icon and an “all apps” icon which is now more representative of its purpose.

Overall, the look is quite fresh, and it fits in nicely with Microsoft’s new iconography, as well as the new Windows 10 Start Menu. Let us know your thoughts and if you’re seeing the new dashboard by dropping us a comment below.