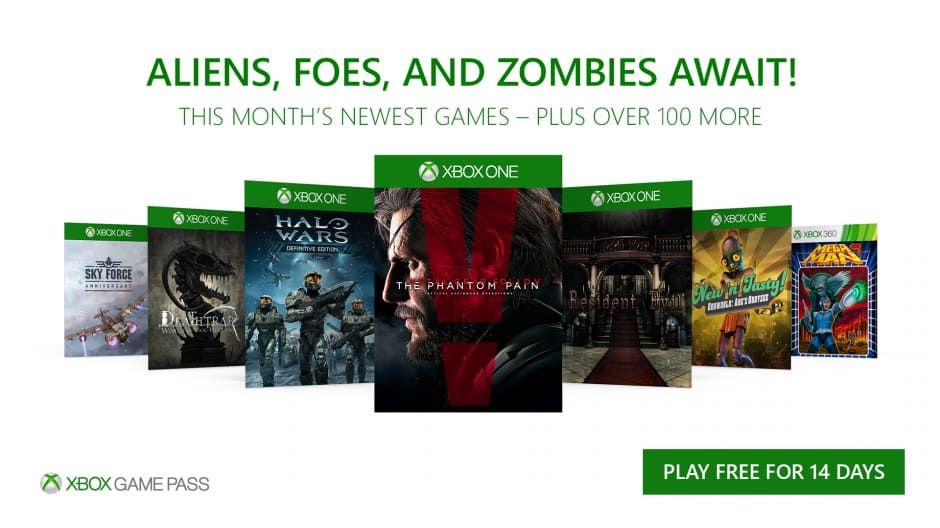 Microsoft’s Xbox Game Pass is shaping up to be a great way to enjoy some of the best Xbox One games at a very reasonable cost. In November, the gaming subscription service will pick up seven new excellent titles such as the critically-acclaimed Metal Gear Solid V: The Phantom Pain. Other additions include Halo Wars: Definitive Edition, Resident Evil HD, Oddworld: New ’n’ Tasty, The World of Van Helsing: Deathtrap, Sky Force Anniversary as well as the Xbox 360 game Megan Man 9.

Metal Gear Solid V: The Phantom Pain was the final work of Director Hideo Kojima for publisher Konami, and one of the best blockbuster titles released in 2015 along with The Witcher 3. The action-adventure stealth experience will likely become the best title available on Xbox Game Pass since its launch in June of this year, and starting next month you’ll be able to play it for $9.99 a month instead of buying it for $19.99 on the Microsoft Store.

The other additions are also nothing to sneeze at, especially the remastered titles Resident Evil HD and Halo Wars: Definitive Edition. If you didn’t try Xbox Games Pass yet, we remind you that you can play for free on your Xbox One for 14 days. The catalog includes over 100 Xbox One and Xbox 360 games including Halo 5: Guardians, Dead Rising 3, ReCore: Definitive Edition, State of Decay, Mad Max and many more popular titles.