Thanks to a tip by Bart W on Twitter, WinBeta has been able to confirm that Messaging Skype Beta received an update recently. Skype’s new messaging beta apps are designed to unify the messaging experience for Windows 10 users.

With Skype eventually being built-in to the Windows 10 Mobile experience, users will be able to contact anyone  using Skype on their Windows 10 PCs, Android phones, or iPhones without launching Skype as a separate app.

Ironically, Messaging Skype and Skype Video are still separate apps right now, but provide dynamic switching between them for services. While there is no change log for the update, there have been new settings added to the app. Users can now sign out of their accounts, mange account info and find contacts.

Microsoft maintains that it will still provide a universal Skype app for Windows 10. However, it is still nice to see Skype integration within Phone and SMS messages for those that don’t want to load Skype just to see Skype-related calls, messages, and video chats. If you have a Windows 10 Mobile device handy, you can download the update and use Skype Messaging Beta as your default messaging app.
Thanks again to Bart W for the tip! 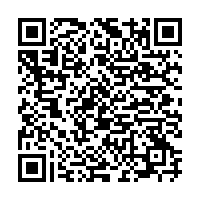