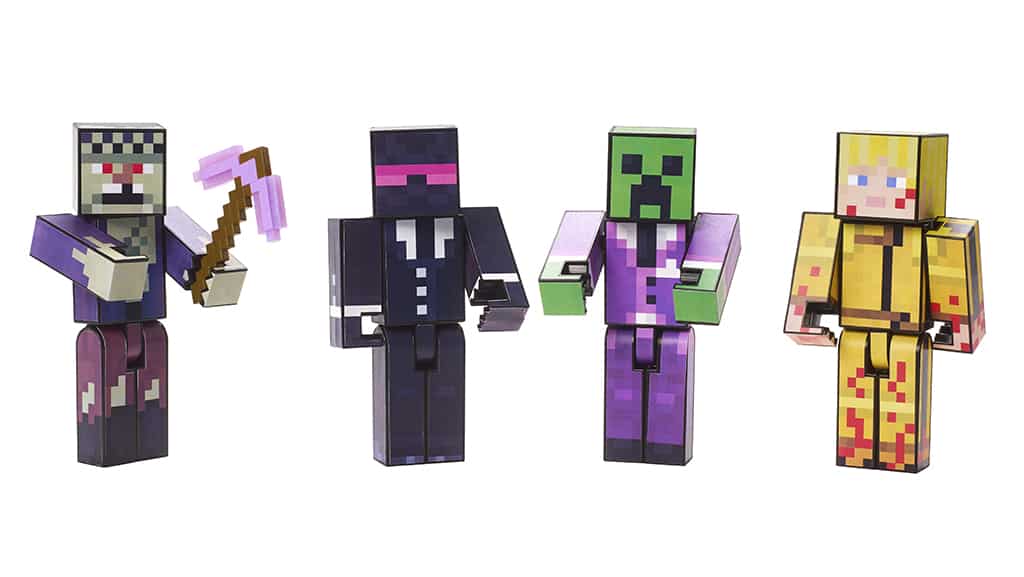 As Minecraft developer Mojang is gearing up for Minecon 2016 in Anaheim this weekend, the game studio has announced today that it has partnered with American toy manufacturing company Mattel to bring your Minecraft avatar to life. Minecon attendees will be able to use the company’s skin printing service to create a skin for a nice figurine with the Minecraft avatar of their choice:

It’s seriously cool. You craft the look of your unique figure by using an actual skin from the game. Mattel creates and prints a custom label based on your in-game skin (or one of the exclusive soon-to-be-revealed MINECON 2016 designs!), and then you stick it onto the figure.

Minecon attendees will be able to design their own Minecraft figurine.

To try the skin-printing service, attendees will have to purchase a Survival Mode Player One Figure ($15.00 + tax) at the the Mattel booth and also print their label over there. To get prepared, Mojang is inviting all attendees to check the skin editing app Skin Studio which is available on iOS and Android devices.

Additionally, Mojang has announced today the release of a new Minecraft Snapshot tagged 16W38A and you can find the full list of changes and bug fixes below:

For those of you who can’t wait for the release of the 1.11 build of Minecraft, the game developer added that it will reveal “info about several new exciting 1.11 features” during Minecon 2016. The annual event will take place on September 24-25 at Anaheim Convention Center and those of you who can’t attend will be able to watch the live stream on the dedicated website.