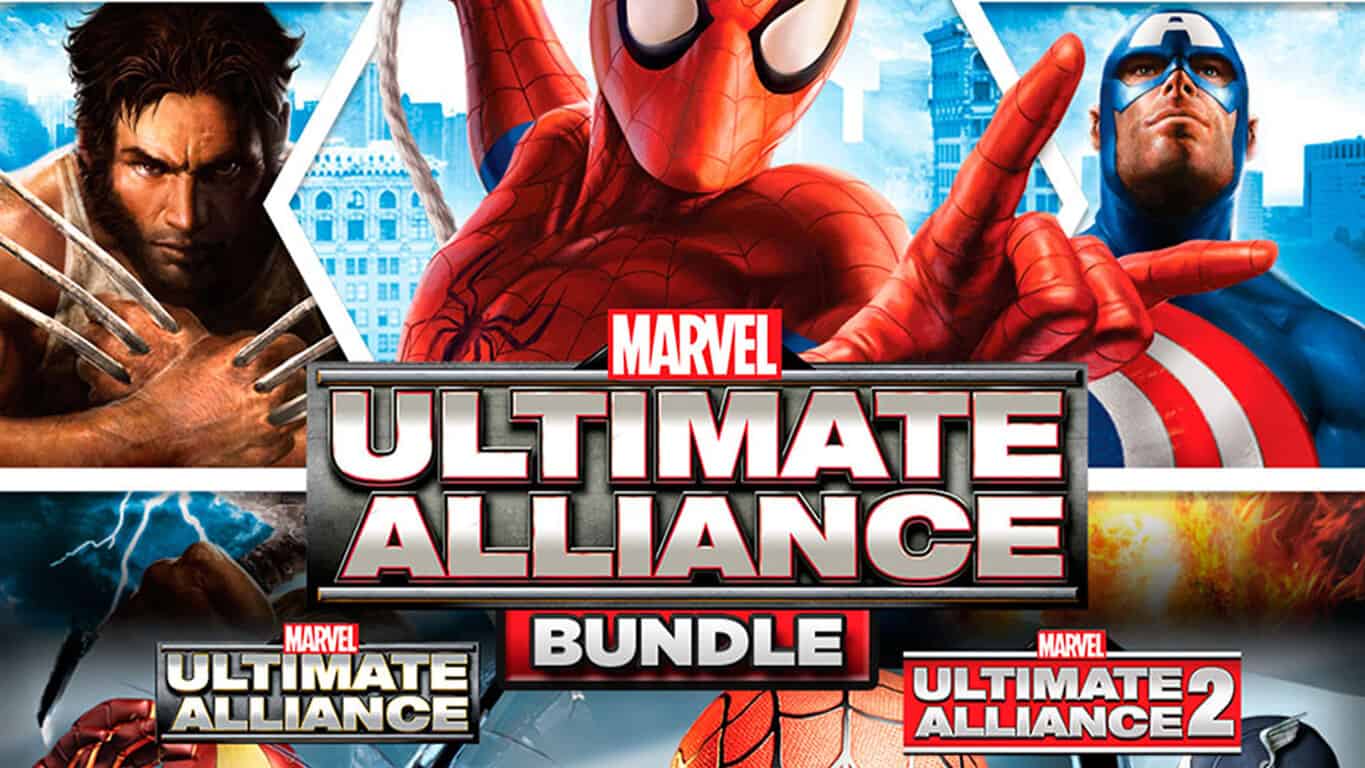 The Marvel Ultimate Alliance games are essentially roleplaying games with a strong focus on a multiplayer experience. “More and more games these days are strictly online co-op but “Ultimate Alliance” has both: online and local co-op,” says the games’ executive producer, Mike Jones. “You can find a group via matchmaking or get together with your friends to build your ultimate Super Hero squad and save the world together. You can also play single-player if you want to go your own speed but “Ultimate Alliance” really comes to life as a cooperative experience.”

Each game features a large selection of computer and player controlled characters from the Marvel comic books such as the X-Men, the Avengers, Spider-man, and more.

Here’s the official description for Marvel Ultimate Alliance on Xbox 360: Marvel: Ultimate Alliance lets players create their ultimate team from the largest superhero alliance ever as they engage in an epic quest to determine the fate of the Marvel universe. Players can control their own completely unique team by selecting from the largest roster of legendary superheroes ever assembled in one game. Through the epic campaign, the heroes will battle, team-up, and interact with over 140 characters from the Marvel universe and ultimately confront notorious villains. • Use a universal team upgrade system to balance your heroes' powers, or customize each member to maximize their effectiveness. • In addition to engaging in the epic single-player storyline, you can converge in battle, online or offline, against the world's most evil Super Villains. Switch between cooperative and competitive mode to partner or challenge up to three other players.

Here’s the official description for Marvel Ultimate Alliance 2 on Xbox 360: The Marvel Universe is being torn apart. The Superhuman Registration Act becomes law and Super Heroes must register as weapons of mass destruction, becoming licensed government agents. As Civil War is stirred, Iron Man leads the Pro-Registration side while Captain America spearheads the stand on Anti-Registration. The enemies you battle and the missions you accomplish depend on which side you choose. • Create and customize your ultimate team. Assemble your dream team from the Marvel Universe and select from over 24 playable characters, each with specialized powers. • Cooperate with your ultimate alliance. Take full advantage of the Marvel Universe by playing Cooperative Mode with up to four friends, both online and offline.

Both games were expected to release on Xbox One on Tuesday but have experienced an unexplained delay.  No digital pre-orders are available as of yet but they should be going live on the Xbox Store any minute now.

Did you play the original Marvel Ultimate Alliance games on Xbox 360? Are you interested in playing them on Xbox One? Let us know in the comments below.