HERE might be putting its navigation apps back on Windows phones, and there’s always Microsoft Maps on Windows 10 Mobile, but those aren’t the only mapping apps in the Store. gMaps is another option, and it’s recently been updated to version 3.2 with some nifty new functionality.
According to the developer’s blog, the updates have been slow in coming over the past 12 months or so, but they’re promising that things will be heating up. Here’s what’s new:
Integration with Simple Latitude
The developer makes an iOS and Android family location tracking app, Simple Latitude, and gMaps 3.2 can now connect to an account and show friends and family on a map.


Driving mode now built-in
Users can build routes and navigate to destinations right in the app, without accessing another navigation solution.
Improved UI
The gMaps user experience has been updated, including the ability to hide mapping controls with a simple tap. In-app purchases have also been streamlined.

If you’re already using gMaps on your Windows phone, hit that update button. If not, go ahead and grab it below. 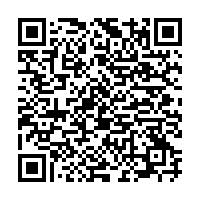 Microsoft Band offers a unique experience for Lose It! Users