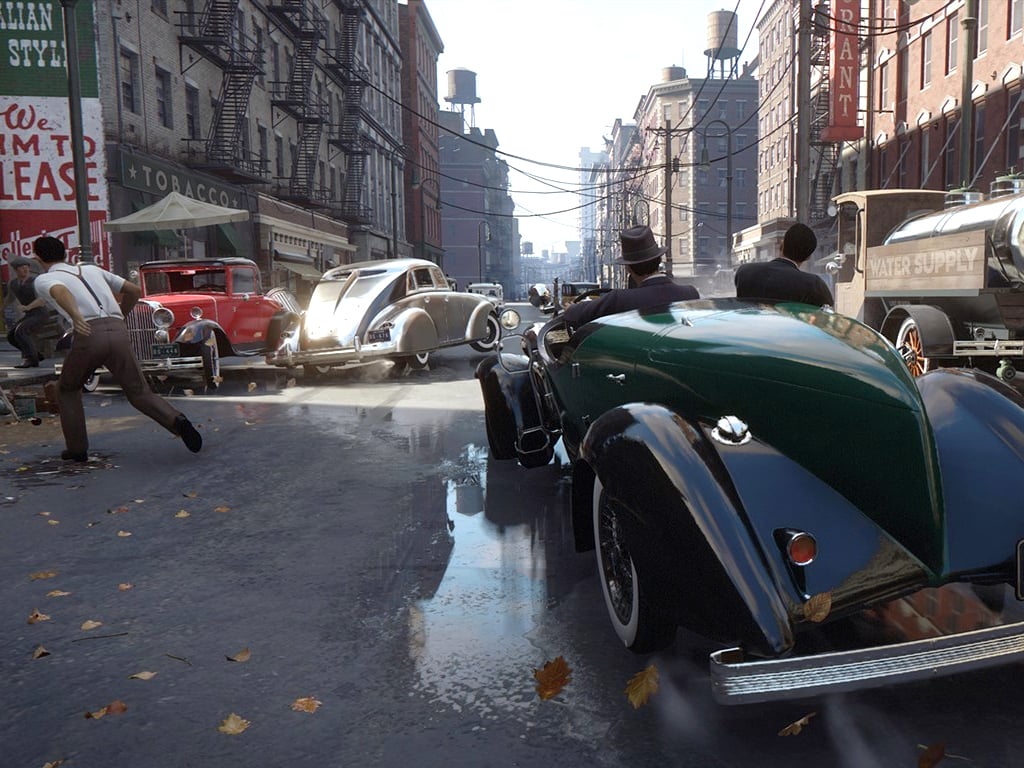 After a variety of rumors and leaks, the re-release of all three Mafia video games has been confirmed with a short teaser trailer and the announcement of more information coming in a few days on May 19th.

You can watch the teaser below.

Judging from footage in the teaser and several leaked images (see above) it’s safe to assume that this isn’t a simple re-release but more of a complete remake and an official Microsoft Store listing for Mafia, now named Mafia: Definitive Edition, confirms this by stating that it’s been “remade from the ground up.”

Unfortunately, the store page now appears to have been taken offline but here’s what it said in full:

Remade from the ground up, rise through the ranks of the Mafia during the Prohibition era of organized crime. After a run-in with the mob, cab driver Tommy Angelo is thrust into a deadly underworld. Initially uneasy about falling in with the Salieri crime family, Tommy soon finds that the rewards are too big to ignore.

Details and release dates should be confirmed on May 19th.

Are you a fan of the Mafia video games and are you excited to see them remade? Share your thoughts with the community in the comments below and then follow us on Pinterest and Facebook for more Xbox gaming news.