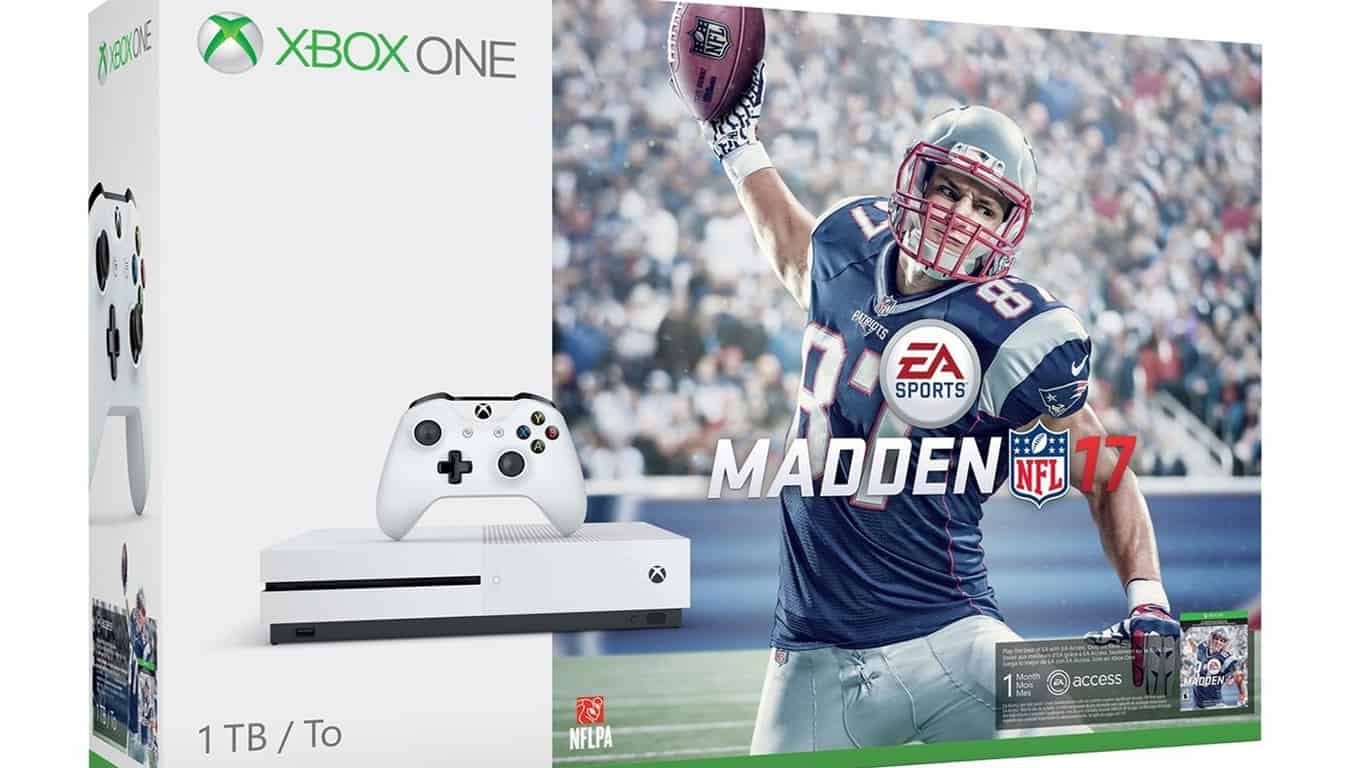 The bundle comes with the 1TB model of the new Xbox One S console, one Xbox One Wireless Controller, a full game download of Madden NFL 17, 7 Madden Ultimate Team Pro Packs, one free month of the EA Access service, and a 20% discount code for NFLShop.com. The Madden NFL Xbox One S Bundle is available from Microsoft Store, Amazon, Best Buy, Target, and GameStop.

Microsoft is also holding a special Xbox One S Madden NFL 17 Custom Console Sweepstakes which will give gamers a chance to win one of 32 specially designed Xbox One S consoles inspired by each of the 32 NFL teams. Here are the three ways to enter:

Are you going to buy the Madden NHL 17 Xbox One S Bundle or will you try your luck in the sweepstakes? Let us know in the comments below.

Microsoft's Word Flow Keyboard for iOS gets a major update, adding search and a number of fixes