Microsoft has recently updated the Lumia Cinemagraph app, which lets users easily make animated GIFs. The new update brings support to Windows 10 mobile, along with a few other minor tweaks and fixes. The update also gives Cinemagraph a new transparent icon.
Cinemagraph is a great app for folks who can't capture a moment in just a still image. GIFs have been a lot more popular with the rise of Tumblr over the past few years, and this sort of app is just the convenient tool that plenty of people were asking for. Making GIFs without needing to learn some of the more complicated aspects of a program like Photoshop is appealing to a very wide audience. 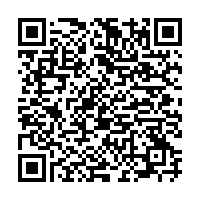 Download QR-Code
Lumia Cinemagraph
Developer: ‪Microsoft Mobile‬
Price: Free
Note: Windows Central first noticed the update, but we were unable to download Cinemagraph from the Windows Store at the time of writing, nor were we able to find the app with a search. Let us know if you're able to download the new version.