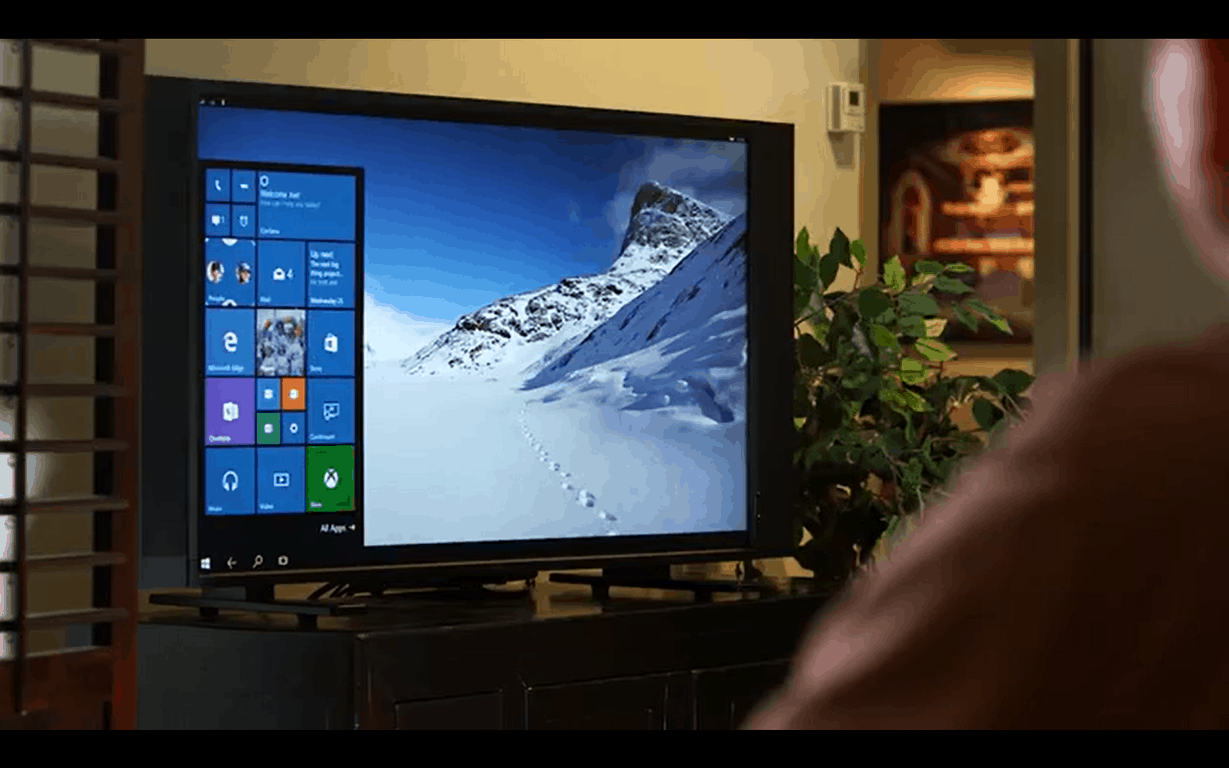 What is unique about our phones is this Continuum feature. If anything we will want to continue to build that capability out.

If you're not familiar with it, Continuum is a pretty impressive feature that Microsoft introduced with its flagship Lumia 950 and 950XL smartphones last fall: Continuum allows these phones to connect to an external monitor with mouse and keyboard support, either via wireless standards or via a wired connection to a dock. Continuum turns a Windows 10 Mobile phone into a lightweight PC that can run universal Windows 10 apps in full-screen mode, but legacy Win32 apps are currently not supported. Additionally, a Windows 10 Mobile phone remains entirely usable while it powers a second screen in Continuum (you can see how it works in our own hands-on video).

While Continuum currently offers a big promise, it hasn't exactly set the mobile market on fire nearly a year after the release of the Lumia 950 and 950XL. Some third-party OEMs such as Vaio, NuAns, and Acer have since brought new Windows phones that support Continuum to the market, but these are premium phones that not every Windows Phone enthusiast can afford. Indeed, Microsoft explained early on that Continuum required high-end specs such as a modern Snapdragon SoC (617, 808 or 810) that can manage two displays at the same time, at least 2 gigs of Ram and more:

However, a French developer who goes under the Twitter handle "gus33000" has shared today on the social network that he succeeded to enable Continuum on a Lumia 830 (via NokiaPowerUser). As a reminder, this is a two-years-old device featuring a midrange Snapdragon 400 and only 1 gig of RAM.

According to the developer, he enabled Continuum on the Lumia 830 via Miracast (the Lumia 830 does not support the Microsoft's USB 3.0-powered Continuum dock) and his phone remained entirely usable while powering the Continuum experience on the external display. It's not clear how the developer achieved this, as the Lumia 830's Snapdragon 400 processor should only support display mirroring via Miracast. However, he added that the experience was not completely stable and the image on the external display was limited to 1080p.

both display works, connection is wireless

However, the developer has not disclosed how he managed to enable Continuum on the Lumia 830. So far, we only know that editing registry keys will not do the trick:

As usual, before you start to wonder if your old generation Lumia could one day support Continuum, we recommend you to take these claims with a grain of salt. It would indeed be very surprising if a two-years-old phone with mid-range specs could enable a decent Continuum experience, but who knows? We'll have to see if this developer provides additional details about his Continuum experience in the coming days, and more Windows enthusiasts may also give a shot at unlocking the mysterious powers of Continuum on older Lumias.

However, if you're really excited about Continuum, you should be looking forward and not the past: in the coming weeks, HP will release its Elite x3 Windows 10 Mobile phone which will enable limited support for Win32 apps in Continuum mode. Microsoft has also teased new Continuum features such as casting a Windows 10 Mobile device screen to a Windows 10 PC and more, and we're likely to discover more as the company continues its work on Windows 10 Mobile and hopefully new mobile hardware as well.