While we recently got our hands on some nice press renders of the upcoming Lumia 650, Microsoft still hasn't given us any information about the release date and expected price of the handset. For now, we've learned that the launch of the device may have been delayed due to software issues, though we still saw it listed for pre-order at £199 in the UK a few days ago.

In addition, our colleagues at Windows Central reported that the handset could be priced at €200 in Ireland (that's about $226 USD, if you're wondering). Their source also provided them a store placeholder that you can find below: 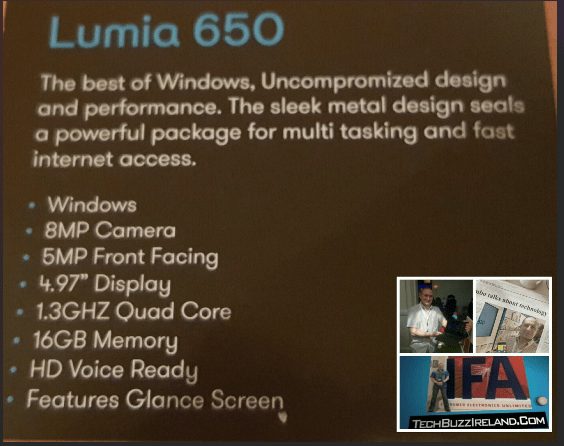 Windows Central is also expecting a low-key announcement of the device before the start of Mobile World Congress 2016 on February 22, but Microsoft's plans could change if the device is still plagued with software problems. In any case, the Lumia 650 will certainly be a welcome addition in the growing family of Windows 10 Mobile devices.