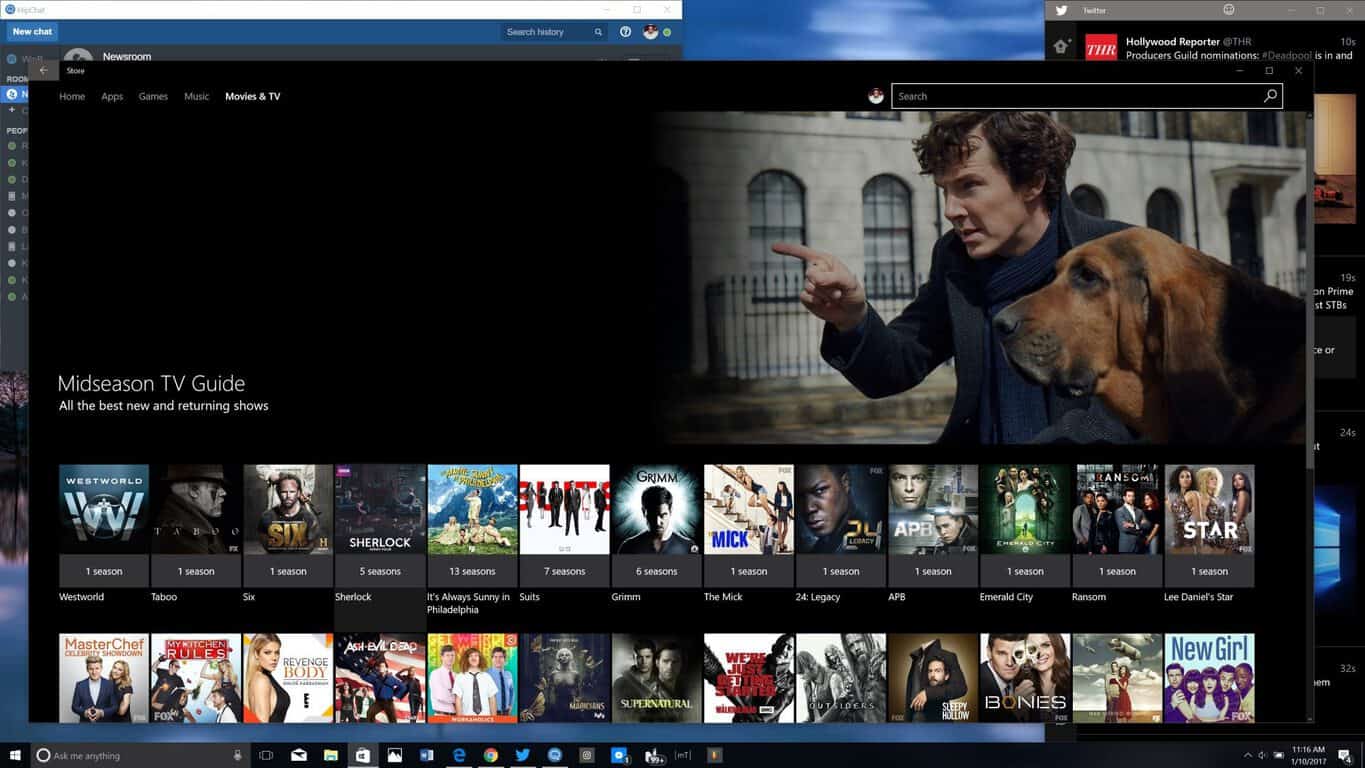 Winter break is over for a significant portion of people, and that means students going back to school, employees sludging through the work day grind, and the return of some television gold as shows start up again.

For anyone looking to find out when and where their favorites shows will be on display, Microsoft has put together its mid-season TV guide for its Windows Store.

The guide includes the return of Sherlock; It's Always Sunny in Philadelphia, The Walking Dead, The Magicians, New Girl, and Son of Zorn.

Also included on the list are new or seasonal shows starting up this month as well which include, Man Seeking Woman, 24: Legacy, Emerald City, Ash vs. Eil Dead (Season 2), Baskets and the Expanse (Season 2).

With the holiday's over many people will be returning to their regular routines which often include their daily media consumption and Microsoft's Windows Store is a great digital resource to keep up on some great television.