Locked-down Windows 11 "SE" SKU has been spotted in yesterday's leaked build Skip to content
We're hedging our bets! You can now follow OnMSFT.com on Mastadon or Tumblr! 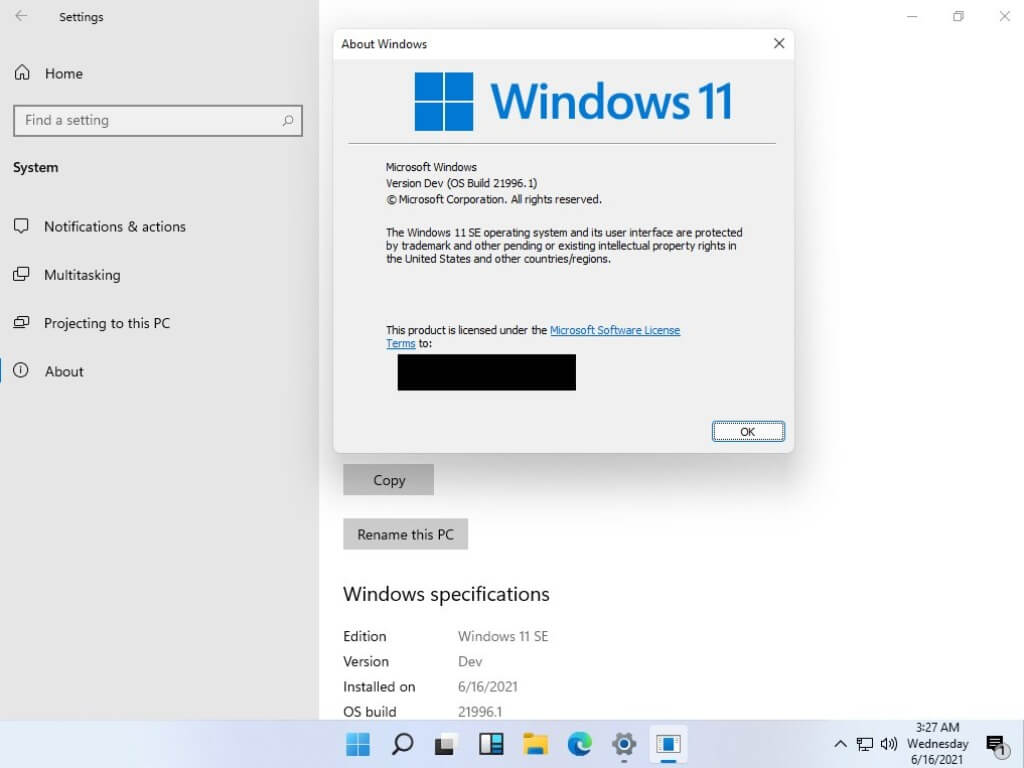 As the near-final Windows 11 build that leaked yesterday is still being dissected by early enthusiasts, one of them has managed to find a hidden “Windows 11 SE” SKU in the build. Twitter user Sigma shared some screenshots and details about this locked-down version of the OS, which will disable some settings and features and also block the Microsoft Store by default.

This is Windows 11 SE, seems to be a successor of Windows 10 Cloud Edition, with it restricting quite a few settings and seemingly requiring a online account (as offline account creation is broken in OOBE). pic.twitter.com/QMaz3vWRD2

The Twitter user noted that while Windows 11 SE will apparently require an online Microsoft account, it will be possible to switch to a local account after logging in. This SKU also doesn’t seem to support multiple users, and some features like the News & Interests taskbar widget are also non-functional. Even though the Microsoft Store is disabled on this leaked Windows 11 SE build, Win32 apps can be installed and work fine.

Since this is a pre-release Windows 11 build, it’s hard to know if these limitations will persist in the finalized version of Windows 11 SE, but it makes sense for Microsoft to offer a locked-down version of the OS to enterprise customers. Windows Central’s Zac Bowden suggested that Windows 11 SE could be the SKU Microsoft offers with its upcoming Cloud PC service, but this is just speculation for now.

It’s been almost 24 hours since news about this leaked Windows 11 build has been making headlines, but it doesn’t seem like Microsoft intends to acknowledge it ahead of its planned June 24 event. So far, the company just tweeted a “This is just the Start” message yesterday, asking Windows fans to tune in to the event to “see what’s next.