Microsoft has been ramping up its official Xbox Gear online store over the past several weeks with the addition of a number of new clothing and collectibles inspired by Xbox consoles and their various first-party video game franchises.

New collectible pins featuring the Xbox Series X console and logo are now available as are a new cap, hoodie, and t-shirt.

An official Gears of War Christmas sweater was recently added to the store though it sold out almost immediately. Thankfully, the new Gears blanket and hoodie are still in stock. The recently announced Xbox King Ice jewellry is also now available to buy. 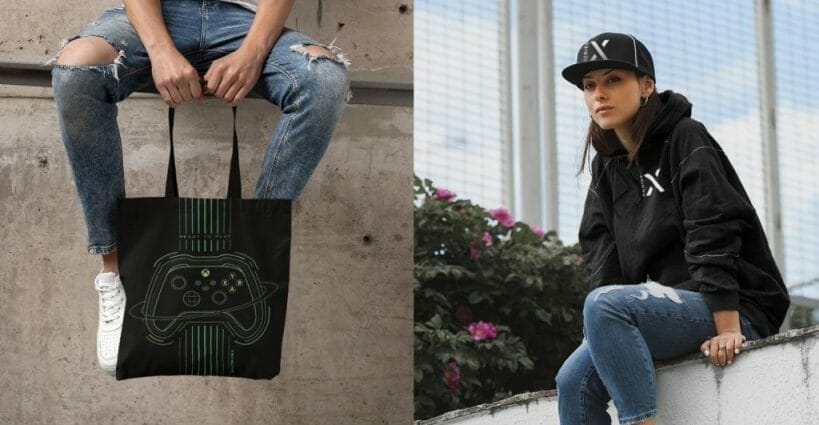 A new Xbox logo mug and tumbler recently launched in the Xbox Gear store and are shipping now to all customers while a number of future Xbox merch is now listed and is available to pre-order for shipping sometime after Christmas.

Among these new items that are up for pre-order are a new Xbox light, mug, tote bag, a light-up notebook, a Gears of War pins collection, and a new neon-style collection of Xbox clothing (see top image) containing two tees, a windbreaker, and a sweatshirt.

A new Xbox onesie has also been revealed and can be pre-ordered though it’s not set for release until February 2021. It’s inspired by the new Xbox Series X console and features a green and yellow on black aesthetic.

Do you own any official Xbox Gear? Let us know what your fave is in the comments below and then follow us on Pinterest and Facebook for more Xbox gaming news.