Live subtitles, acronym definitions, and more - here's what's new for Microsoft 365 in December - OnMSFT.com Skip to content
We're hedging our bets! You can now follow OnMSFT.com on Mastadon or Tumblr! 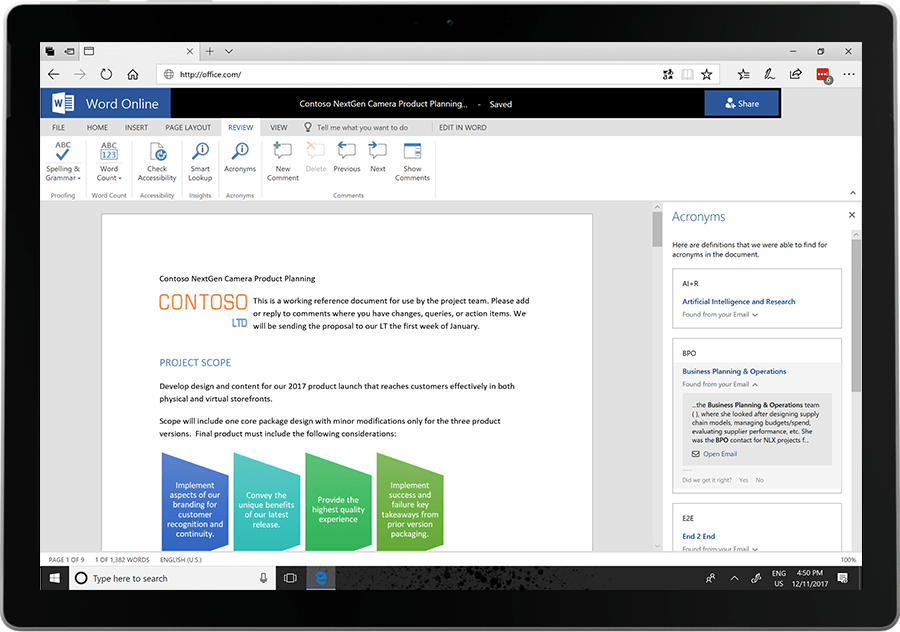 Microsoft has regularly published blogs detailing updates that roll out to its various services and platforms. With the company consolidating its Office and Windows services readers are now being treated to a more concise update report with the company's newer Microsoft 365 posts.

For the month of December, the Microsoft 365 experience brought live captioning and subtitles to PowerPoint as well as new Reuse Slide feature, acronym lookup tools in Word and redesigned Outlook for iOS among other updates.

For anyone who has to present multi-language reports or marketing material, the new live captions and subtitles feature for PowerPoint will recognize 12 spoken languages and with the support of up 60+ languages displayed on the screen. In 2019 the feature will be available worldwide. 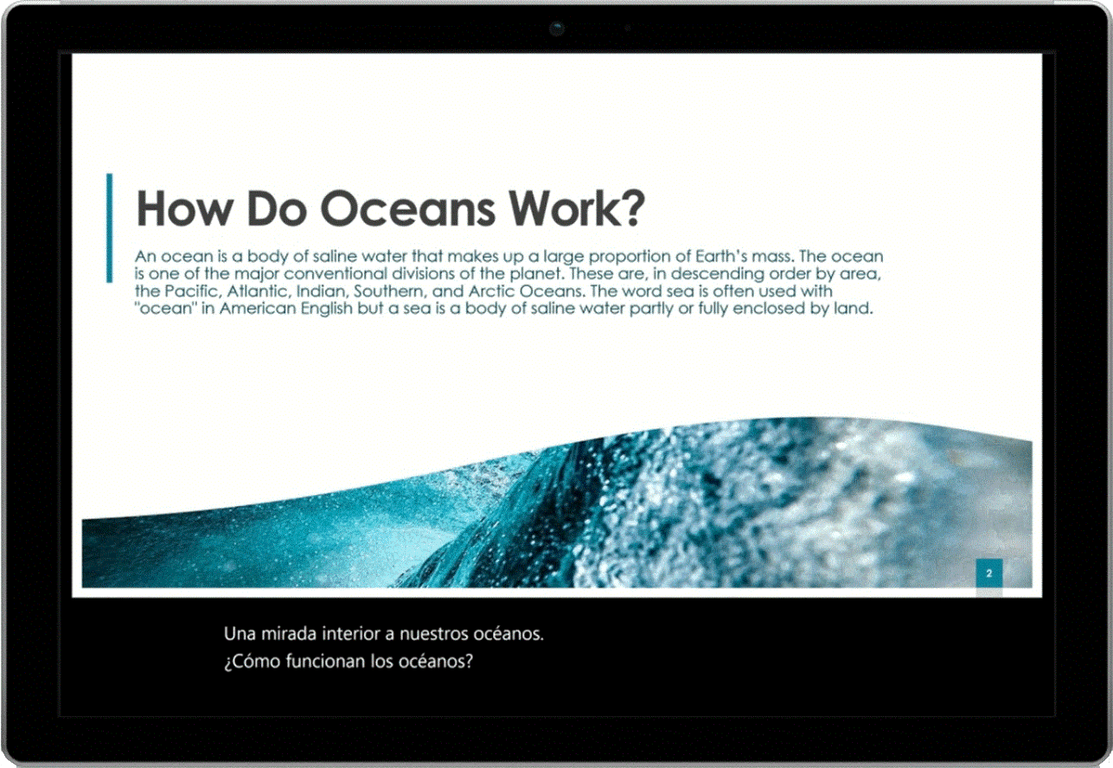 Microsoft is adding to its research features in Word by introducing a new acronym definition tool. Using the Microsft Graph, Word users are empowered with acronyms look up that offers suggestions of what the combination of letters might mean in a new slide out pane.

Similar to the duplicate selection that already exists in PowerPoint, the software is now getting imbued with Reuse Slides. Reuse allows creators to pull slides from current and other presentations without having to recreate the entire slide from scratch, animations, and design included.

Microsoft is closing the gap between Windows 10 and macOS development when it comes to Office 365. The recently added dark mode for Office users on Windows 10 is now making its way to Mac users. The dark mode is different than the Dark Grey that came out a while back in that it offers a much higher contrast in colors and darker background. The rollout should be gradual, according to Microsoft.

Another handful of updates

While most of the December updates to Microsoft 365 were iterative rather blockbusters that move headlines, a refinement to Office 365 is always a welcomed addition.

Deal: Get Microsoft’s black Surface Pro 6 with a matching Type Cover for just $999