BeLight software was one of the first developers on the Microsoft Store to start taking advantage of the 3D development tools that came along with the Creators Update. With Live Home 3D, they aim to provide a high quality home and interior design software that lets users design things in a fully 3D canvas. In the most recent update - 3.2 - Live Home 3D has gotten a significant amount of new features for users to look forward to.

We are proud to present the new Live Home 3D for Windows 10! https://t.co/dBouaZbavM

Here's a handy list of additions that come fresh with 3.2.

Since Live Home 3D's last update just about a month ago,  BeLight has put plenty of effort into iterating. As they continue to develop, we hope that more developers dig into the 3D development tools that the Creators Update brought along - it'd be a shame if they went unused. For those who want to try out Live Home 3D, they're holding a 50% off discount on all in-app purchases until the end of the month, so it's probably a good idea to check them out sooner rather than later. 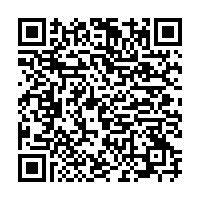 Xbox Live Gold: Buy 12 months, get 3 months free at Amazon in the US and UK