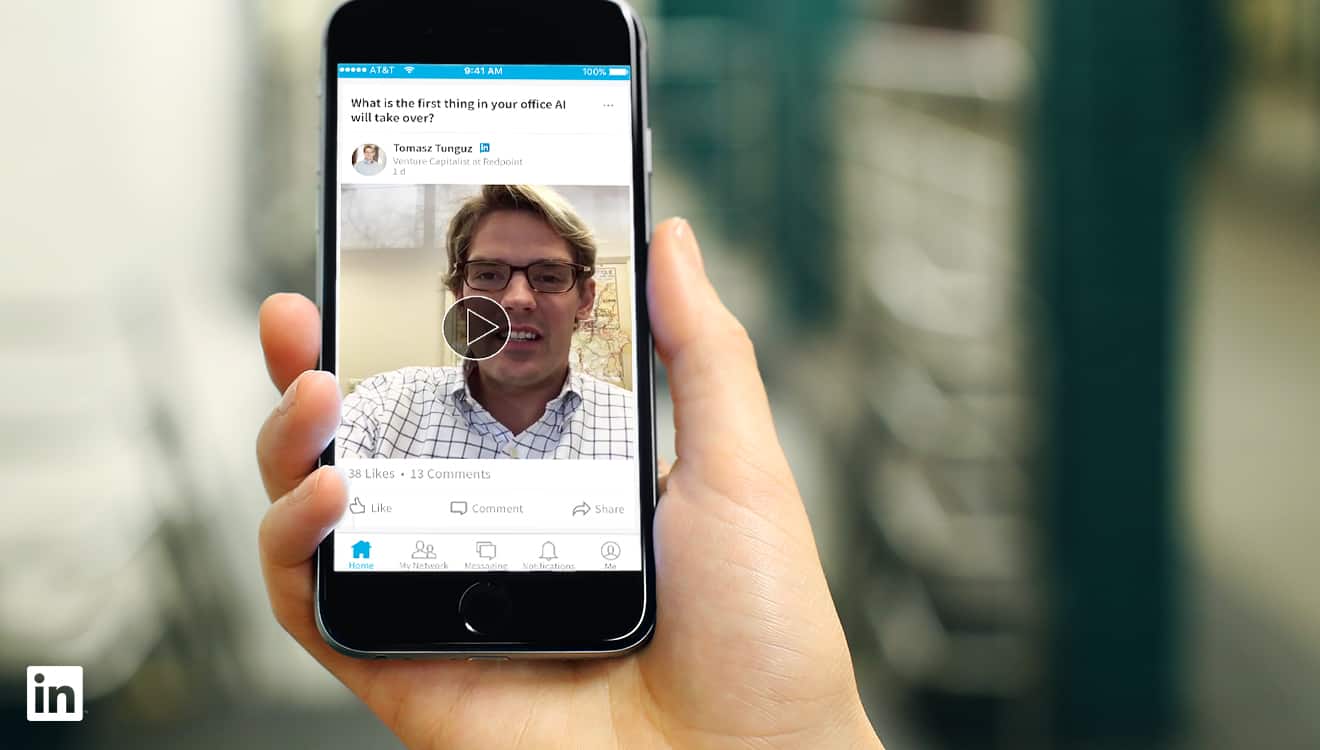 LinkedIn, the world's leading professional network that will soon be acquired by Microsoft in a $26 billion deal is introducing today a video feature for LinkedIn "Influencers" (via Techcrunch). The videos will be limited to 30 seconds and will allow a group of 500 LinkedIn Influencers to share their thoughts on professional topics with their followers on the social network.

For the first time, we’ve invited more than 500 Influencers on LinkedIn to share their thoughts on trending professional topics and news, ranging from diversity and workplace culture, to education and innovation -- all through the richness of video. With videos like these, you’ll get an intimate look at where they work and hear their honest thoughts on topics central to the professional world, such as these videos from Reid Hoffman, Leila Janah, and Tomasz Tunguz on how artificial intelligence will change the workplace.

When an Influencer you follow posts a video, that video will appear directly in your feed. From there, you can dive in to see what other Influencers have to say about that topic, weigh in with a comment, and respond to comments from other members.

According to Techcrunch, LinkedIn Influencers will create their videos by using an exclusive "Record" app which has been developed for both iOS and Android devices. For LinkedIn users, these videos will appear on their feeds and they will be viewable on both the LinkedIn website and the mobile apps. Additionally, LinkedIn users will be able to like, comment or share the videos on LinkedIn, Facebook or Twitter.

However, it seems that these videos are not easily discoverable as of now. There is no central hub to centralize all the videos from LinkedIn influencers yet, and they also don't appear on the Influencer's LinkedIn profiles. Moreover, it seems that you can't use the LinkedIn search engine to find these videos, and you also won't be able to easily embed them elsewhere on the web.

LinkedIn is clearly not the first social network to experiment with video content: Facebook has become a clear YouTube competitor and is now allowing every user to stream live videos while other social networks such as Twitter, Instragram and Snapchat have also improved their video efforts in hope to retain more eyeballs. We'll see if LinkedIn  decides to open its new video feature to all users in the future, as the company's publishing platform was also first restricted to LinkedIn Influencers before becoming available to everyone.  Sherman-Presser shared with Techcrunch:

“I think that playbook [of first tapping Influencers and then expanding to others] has been successful for us. We see this as part of the tools that people can use to successfully build out their personal brands.”

Do you think these new Quora-style videos will convince LinkedIn users to spend more time on the professional network to explore user-generated content? Let us know what you think of this new video feature in the comments below.