LinkedIn has released a new update to its iOS app for iPhones and iPads and the new version 9.1.0 has received the iOS 10 treatment. For those of you who don't follow Apple-related news, the company released the latest version of its mobile operating system yesterday which introduces several new frameworks and APIs for app developers. One of these new frameworks, Sirikit, finally allows third-party apps to integrate with Apple's digital assistant Siri and LinkedIn is one of the first iOS app to leverage it.

According to the app's changelog, you can now use Siri to send LinkedIn messages to your contacts on the professional social network:

To test the feature on your iOS 10 device, it seems that you first have to grant Siri access to the LinkedIn app, and you can do so by going to Settings > Siri > App Support. Once it's done, the Siri integration should work as advertised:

As Windows 10 users already enjoy a growing selection of Cortana-enabled apps, it's definitely nice to see that iOS is catching up.

However, the LinkedIn iOS app remains much better and feature-complete than the company's Windows Phone app which hasn't been updated in quite a while (could the upcoming acquisition change the situation?). You can download the LinkedIn iOS app from the download link below; the app supports all iOS devices running iOS 8 or higher, but the new Siri integration will be exclusive to iOS 10. 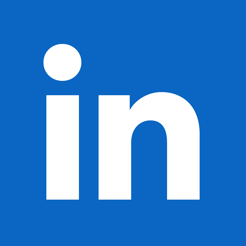